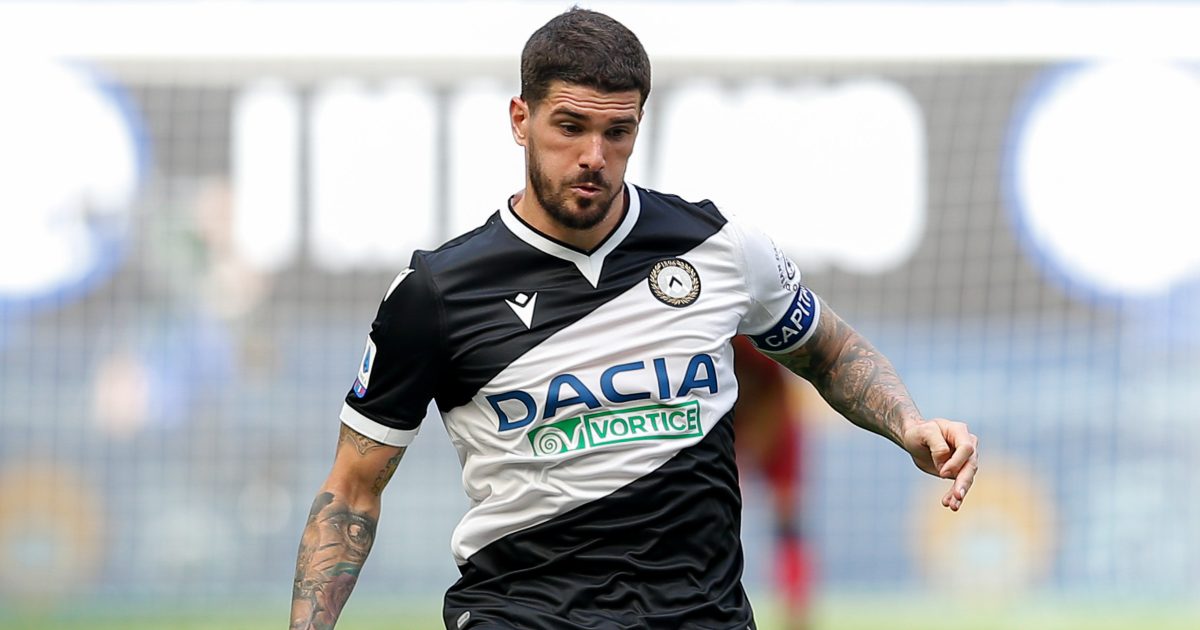 Udinese are not willing to lower their £35m asking price on Leeds United and Atletico Madrid target, Rodrigo De Paul, according to reports.

The 27-year-old has thoroughly impressed with the Serie A outfit in recent years. He was involved in 18 goals from his 36 league appearances in 2020/21.

De Paul was linked with a move to Marcelo Bielsa’s Leeds last summer but a move never came to fruition.

It is now believed that Atletico Madrid are leading the chase to sign the highly-rated midfielder.

GOAL have reported that Udinese are “holding firm” on their £35m valuation of De Paul.

Atletico have already had a cash-plus-player offer rejected by Udinese. The report adds that they tabled an offer of £17m plus Nehuen Perez, but this was rejected.

Udinese are not under any pressure to sell their prized asset this summer. His contract does not expire until 2024.

Despite already having an offer turned down, Madrid are not giving up their pursuit of De Paul. But they are not able to pay £35m up front this summer.

Elsewhere, Leeds winger Raphinha has spoken on his future. He has been linked with a move to Liverpool and Man United:

“It is difficult to define how I feel when I hear speculation about giant teams like Liverpool and Manchester United interested in signing me.

“I grew up watching these teams on television. I saw Rooney, Van Nistelrooy, Cristiano Ronaldo, but I also saw Gerrard, as well as others like Henry, Deco, Lampard.

“There are many players of such quality that it is difficult to say if I have mirrored one of them. I think I mirrored the championship, you know?

“I loved watching and dreamed of playing here. And today I’m making people happy with my football.

“I am not only talking about the other clubs, but also Leeds, who was the one who bet on me.

“They are all very happy, including the fans who seem to have a great affection for me.

“I have a contract for another four years and I don’t even think about leaving here exactly because of that: I’m happy and making others happy.”