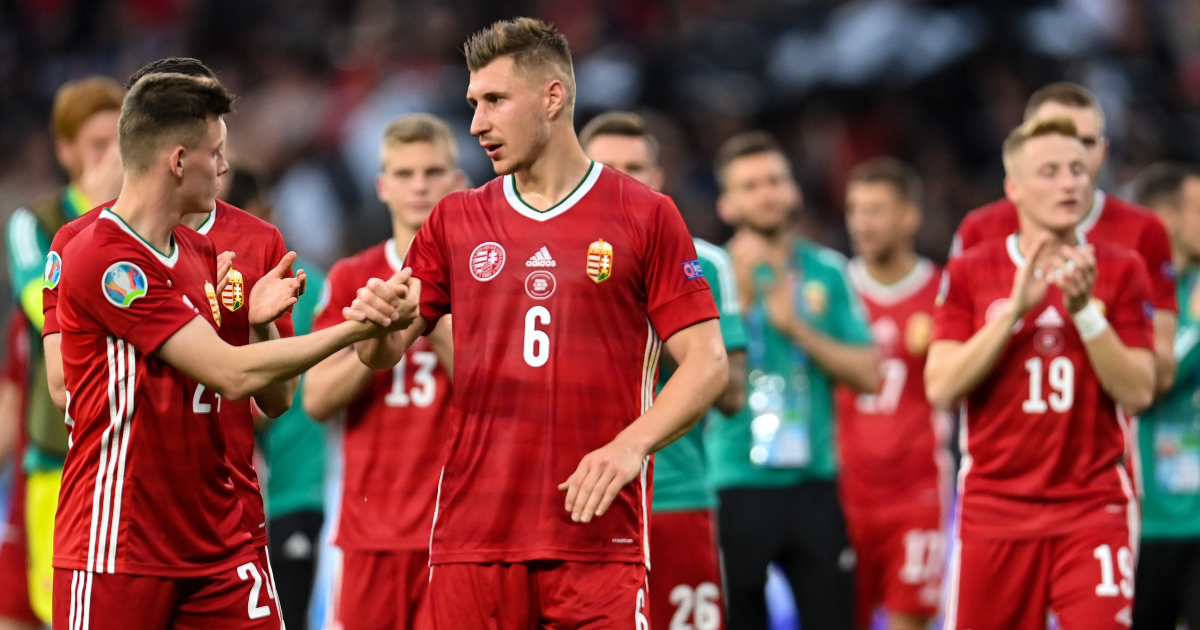 Hungary have been ordered to play their next three UEFA competition matches behind closed doors following racist and homophobic abuse from supporters during their Euro 2020 matches.

One of these matches have been suspended for two years, and the governing body has also fined the Hungarian Football Federation £85,500.

Hungary have also been ordered to display a banner with UEFA’s ‘#EqualGame’ logo.

Only a fool would not drop someone for Henderson now…

The Hungarian’s first two Euro 2020 group stage matches were played at the Puskas Arena in Budapest, losing to Portugal and drawing against world champions France.

A homophobic banner was seen during their 3-0 defeat to Portugal and monkey chants were heard in their 1-1 draw with France.

UEFA’s decision does not apply to World Cup qualifiers as they fall under FIFA’s jurisdiction.

Homophobic chanting was also alleged to have occurred during their 2-2 draw with Germany in Munich.

UEFA had declined to have the Allianz Arena illuminated in rainbow colours for the match, a decision described as “shameful” by Munich’s mayor Dieter Reiter.

Dieter Reiter had made the request in response to laws passed in Hungary, which ban the display and promotion of homosexuality to under-18s in the country.

UEFA declined it, and instead proposed alternative dates when the stadium could be illuminated.

Reiter criticised that decision, and also Germany’s football federation the DFB, and said city officials would now decide whether to illuminate other landmarks instead, including a wind turbine adjacent to the arena.

“I find it shameful that UEFA forbids us to send a message here in Munich for openness, tolerance, respect and solidarity with the LGBTQI + community,” he said in a statement.

“I am also very disappointed that the DFB (the German football federation), despite the unbelievably clear positioning here in Munich, in Bavaria and also in Germany, has not achieved or wanted to achieve anything.

“The alternative suggestion of illuminating the Allianz Arena on another day contradicts any message that is supposed to emanate from rainbow lighting.