Home All The News UEFA accepts some leagues might be cancelled 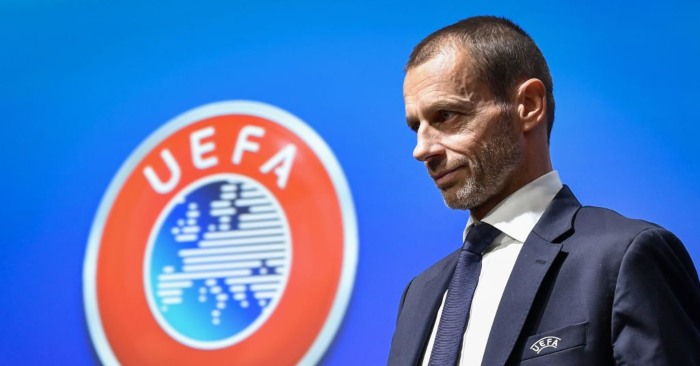 UEFA has opened the door to domestic league and cup competitions being cancelled “in special cases” due to the coronavirus pandemic.

The national member associations of European football’s governing body gathered for a conference call on Tuesday for an update on “a variety of calendar options” to complete the 2019/20 season.

UEFA had previously warned that domestic leagues cancelling their seasons prematurely risked their clubs being excluded from its competitions in the future, but may now consider allowing curtailment of campaigns.

“There was a strong recommendation given to finish domestic top division and cup competitions, but some special cases will be heard once guidelines concerning participation to European competitions – in case of a cancelled league – have been developed,” a statement from UEFA read.

UEFA said any decisions on those guidelines would be announced after Thursday’s meeting of its executive committee.

The Scottish Professional Football League board has the right to make a decision on bringing the Premiership season to an end but is expected to consult with clubs before going ahead.

However, this announcement from UEFA would appear to open the door to the Scottish 2019/20 top-flight campaign being brought to an early end.

Scotland’s First Minister Nicola Sturgeon expressed concerns on Monday about the possibility of even staging behind-closed-doors matches because of social distancing rules.

The Belgian Pro League announced at the start of the month that it was cancelling its season, with Club Brugge declared champions. The decision is yet to be ratified.

A similar decision looks set to be taken by neighbours Holland after their Government decided that professional football would be banned until September 1 due to Covid-19.

The KNVB “intends not to continue playing the 2019/20 competition” as a result of that decision and will consult with UEFA, “after which the decision will be taken” on the cancellation of the Eredivisie and other leagues.

The Dutch football association, clubs and other parties will discuss the consequences on Friday, but in Sweden the Allsvenskan and Superettan – the top two tiers – are scheduled to start on June 14 following a meeting on Tuesday.

In England, Premier League clubs are still exploring scheduling models for how they could complete the season.

Failure to do so would prove very costly. It has been reported that Sky Sports would not seek a rebate in the event of a curtailed campaign, but that would still leave the clubs owing a collective £370million.

The scenarios presented to the associations were all understood to culminate in the Champions League and Europa League taking place in August, with the final of the former believed to be pencilled in for August 29.

The format of the remainder of those competitions – for instance whether ties remain at two legs or drop to one – is entirely dependent on how much time is available for the matches to be played.

Meanwhile, FAI interim chief executive Gary Owens said UEFA has indicated that the postponed European Championship play-offs would get under way in October.

“There has been a slight move on that,” Owens told FAI TV as the Republic of Ireland wait to see when their fixture against Slovakia will be scheduled.

“Originally, we thought it may well be November. It now looks like that the semi-final is the preferred option in October. They don’t want to have the semi-final and the final of the play-offs in the one month.

The PA news agency understands there remains an overall desire to try and finish the season, although some believe there needs to be a deadline to work to.

Play in League Two would only resume in line with Government regulations, while Tuesday’s meeting had no crossover to their League One counterparts.

Forest Green chairman Dale Vince, whose side are 11th in the fourth tier standings, believes capping wages is an important step to take.

“Seems to be lots of interest in the EFL salary cap I’m recommending,” he wrote on Twitter

“Happens already in the USA – it’s surprising to find because its so, well, socialist in nature – it’s not the dog eat dog approach of capitalism – its a level playing field to create more sustainable competition.”