Home All The News UEFA Nations League: The opening night… 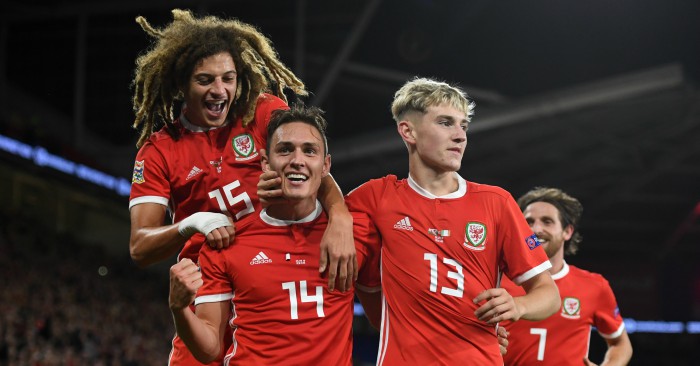 France keeper Alphonse Areola kept Germany at bay as the World Cup winners launched their Nations League (find out how it works here) campaign with a goalless draw in Munich.

German counterpart Manuel Neuer had to make saves from Olivier Giroud and Kylian Mbappe as the first half drew to a close after Areola had claimed Timo Werner’s earlier strike.

But Areola had to pluck defender Matthias Ginter’s late header from under his crossbar as the new world champions kept their predecessors at bay in their League A, Group 1 showdown.

In League B, Gareth Bale scored his 30th goal for Wales as manager Ryan Giggs was treated to a 4-1 Group 4 victory over a depleted Republic of Ireland in his first home game in charge.

Strikes from Tom Lawrence, Bale and Aaron Ramsey before the break and Connor Roberts after it put the home side in complete control in Cardiff before substitute Shaun Williams reduced the deficit.

Oleksandr Zinchenko’s stoppage-time goal handed Ukraine a 2-1 Group 1 victory in the Czech Republic after Yevhen Konoplyanka’s equaliser had cancelled out Patrik Schick’s fourth-minute opener for the home side.

Bozhidar Kraev’s double either side of half-time handed Bulgaria a 2-1 win in Slovenia, for whom Miha Zajc had levelled five minutes before the break.

Midfielder Giorgi Chakvetadze opened the scoring in the early kick-off with the competition’s first goal, a stunning long-range 69th-minute strike, and the points were secure when the unfortunate Maliy deflected the ball into his own net.

In the same group, Andorra battled out a creditable 0-0 draw in Latvia to open their account.

Skipper Henrikh Mkhitaryan missed a penalty as Armenia left it late to clinch a 2-1 victory over 10-man Liechtenstein in Group 4.

Benjamin Buchel saved the Arsenal man’s 69th-minute spot-kick with the score at 1-1 after Sandro Wolfinger had cancelled out Marcos Pizzelli’s opener, but Tigran Barseghyan struck with just 14 minutes remaining after Michele Polverino had been sent off.

There was no such drama for group rivals Macedonia as they won 2-0 in Gibraltar courtesy of first-half goals from Ivan Trickovski and Ezgjan Alioski.