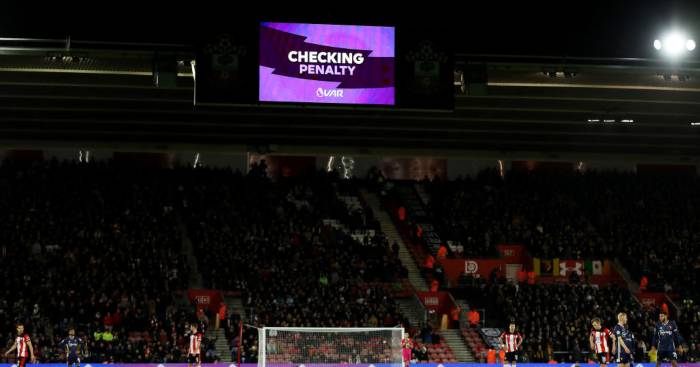 UEFA president Aleksander Ceferin has admitted VAR is “a mess” but said there is no going back from the use of video technology.

The Video Assistant Referee system was designed to reduce the number of controversial officiating decisions but has only led to more debate during its rollout in the Premier League this season.

Much of that focus has been on tight offside decisions virtually invisible to the naked eye, but enough to see several goals ruled out after often lengthy reviews.

“It is a mess,” Ceferin told the Daily Mirror. “I don’t think the tolerance of one or two centimetres for offside, for example, is enough.

“We will propose a change to the IFAB. And also for our referees.”

VAR has been in use in much of Europe for longer than it has in the Premier League and Ceferin defended the standards applied in UEFA’s own competitions, but admitted improvements are still needed.

“We don’t have many interventions in UEFA competitions because our chief refereeing officer, Roberto Rosetti, said to the VAR: It has to be a clear and obvious mistake,” he added.

“But nowadays it’s a different pressure. If you are the referee on the pitch, even though you have 70,000 or 80,000 people shouting it is you that has to decide – not a person hidden somewhere in London, Berlin or somewhere else.

“I’m not a fan. I was very sceptical and I can say that I don’t like the outcome.

“Unfortunately, there’s no way back anymore.”