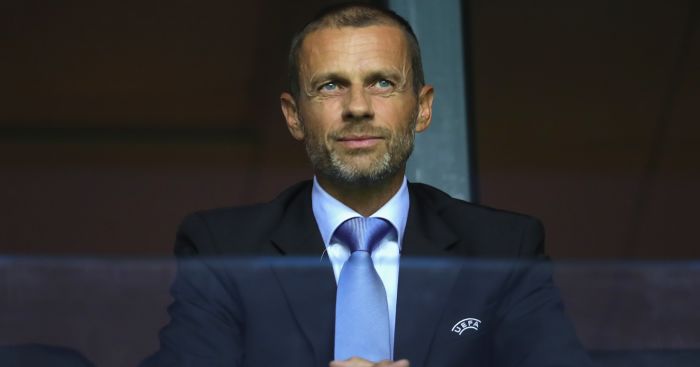 Ceferin and Andrea Agnelli, chairman of the European Club Association that represents more than 200 top teams, have made their positions clear following a report that a leaked document revealed secret discussions taking place over a possible new league competition.

“The Super League will not happen,” Ceferin told BBC Sport. “It is in a way a fiction now or a dream.

And Juventus chairman Agnelli added: “I can confirm we have never seen, never discussed, never been involved in the creation of this document.

“We are fully engaged with UEFA in shaping the game going forward.”

Both men insist that Europe’s leading clubs will remain part of UEFA, while also holding plans that could redraw the European football landscape from 2024.

Ceferin said: “We have some ideas. All I can say is that any Super League is out of the question. Participation stays. And everybody will have an opportunity to compete in every European competition.”

A third European competition to run alongside the Champions League and Europa League is set to be confirmed next month, and Agnelli said: “It will be our duty to safeguard the great heritages of European football, but on the other side I think we are very well aware that we have to safeguard markets, we have to think about upcoming markets.

“Fans can rest assured that if we put our hands to making a new product it’s because we want to make sure that fans across Europe engage.”

Ceferin and Agnelli will meet European Commissioner for Sport Tibor Navracsics in Brussels on Tuesday.

“We want to show that our vision of the future of football is, let’s say, similar,” Ceferin said.

“It’s not completely the same. We (UEFA and the ECA) have some disagreements from time to time, but we firmly believe in the European sports model together.

“We think that the European football can go further only if we stay together, unified. If you want to develop football you have to stay together.”