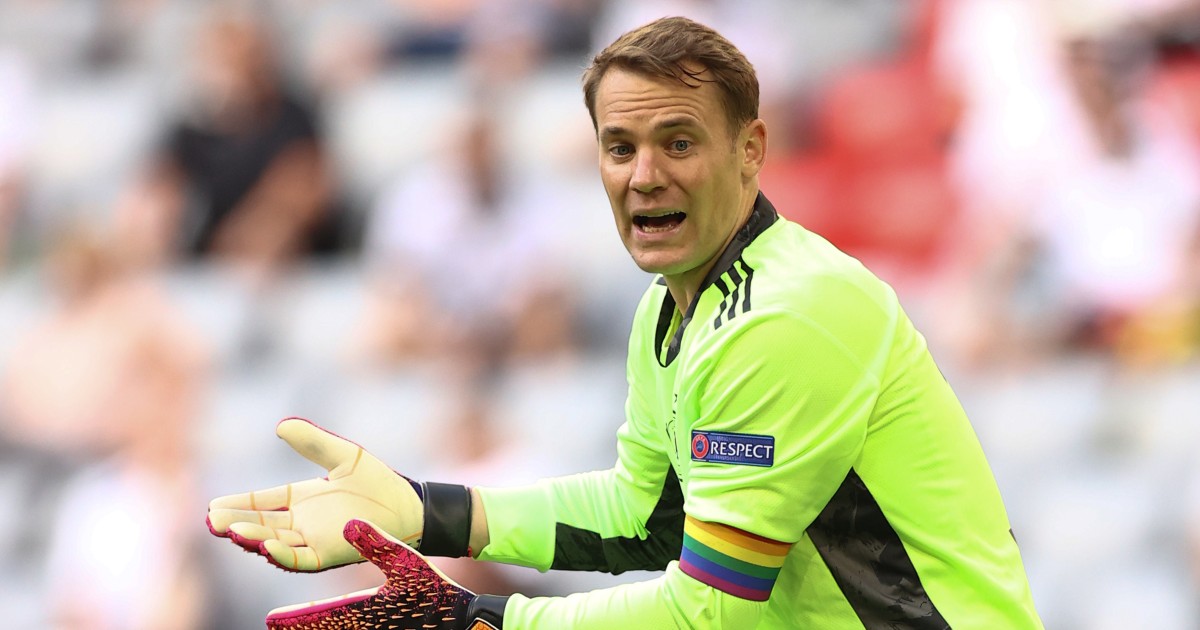 Germany captain Manuel Neuer will not face any disciplinary action after wearing a rainbow armband during Euro 2020 games, UEFA has announced.

The Bayern Munich goalkeeper has donned the armband for matches against France and Portugal to show his support for the LGBTQ+ community during Pride Month, prompting the European governing body to investigate whether it could be viewed as a political statement.

But UEFA has concluded there is no case to answer, given the much-loved 35-year-old was “promoting a good cause”. That must have been a long investigation.

A UEFA spokesperson said: “UEFA looked into the armband worn by the player in question and, considering that it was promoting a good cause, i.e. diversity, the team will not face disciplinary proceedings.”

The German Football Association said it had received a letter from UEFA confirming the matter should be considered closed.

The DFB posted on Twitter on Sunday evening: ‘UEFA have today shared with the DFB that they have stopped the review of the rainbow captain’s armband worn by @Manuel_Neuer.

‘In a letter, the armband has been assessed as a team symbol for diversity and thus for a ‘good cause’.’

Germany are considering following up the work from Neuer by lighting up the Allianz Arena with rainbow colours for their final Euro 2020 group game against Hungary as a sign against discrimination and intolerance.

“This is an important sign of tolerance and equality,” Munich mayor Dieter Reiter told news agency dpa of his decision to write to UEFA for permission.

Munich’s city council have submitted an application to use the Pride flag colours to protest a law passed in Hungary last week hat prohibits sharing with minors any content portraying homosexuality or sex reassignment.

“It is important for the state capital Munich to set a visible sign of solidarity with the LGBTI community in Hungary, which is suffering from the current stricter homophobic and transphobic legislation of the Hungarian government,” the council said. 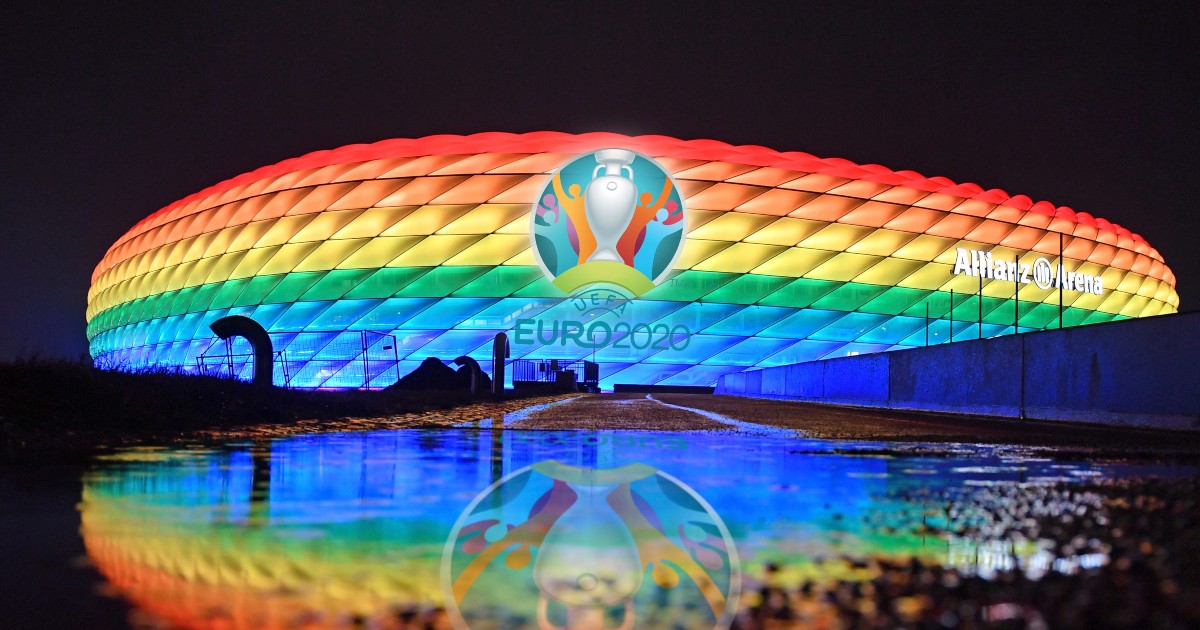