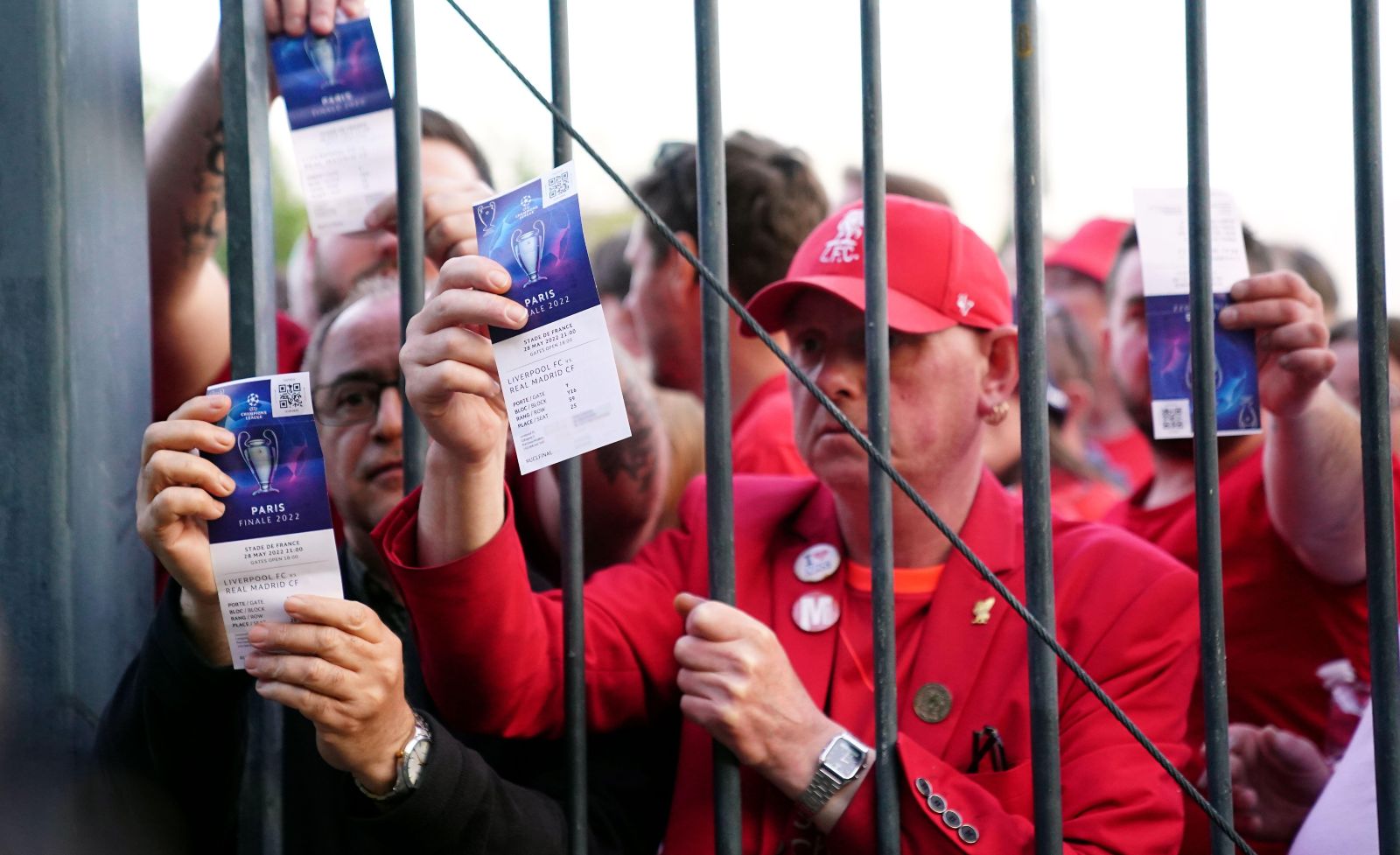 UEFA has sincerely apologised to all fans affected by the chaotic events at last Saturday’s Champions League final between Liverpool and Real Madrid.

European football’s governing body announced on Tuesday that it had launched an independent review into the access issues that led to fans being crushed and tear-gassed outside the Stade de France in Paris before Real’s  1-0 win against Jurgen Klopp’s side.

It has now released a further statement apologising for the distress caused to supporters.

The statement read: “UEFA wishes to sincerely apologise to all spectators who had to experience or witness frightening and distressing events in the build-up to the UEFA Champions League final at the Stade de France on 28 May 2022 in Paris, on a night which should have been a celebration of European club football. No football fan should be put in that situation, and it must not happen again.

“To that end, immediately after the events, UEFA commissioned an Independent Review to identify shortcomings and responsibilities of all entities involved in the organisation of the final, and has today published the Terms of Reference for this review.

“The Independent Review, which will be led by Dr Tiago Brandao Rodrigues from Portugal, aims at understanding what happened in the build-up to the final, and determining what lessons should be learned to ensure there is no repeat of the actions and events of that day.”

“The Review will seek to establish a full picture and timeline of what occurred during the day, both within the stadium and the surrounding areas, including examining spectator flows to the stadium via the various access points.”

UEFA said it will also examine “all relevant operational plans related to security, mobility, ticketing, as well as others”, plus “the planning and preparedness of the involved entities for the staging of the final, including at additional sites such as the Liverpool FC and Real Madrid CF fan meeting points”.

UEFA wishes to sincerely apologise to all spectators who had to experience or witness frightening and distressing events in the build-up to the UEFA Champions League final last week.

An independent review will seek to establish a full picture of what occurred.

UEFA added: “The Review will engage with UEFA and all relevant stakeholders, including, but not limited to, fan groups including Football Supporters Europe as well as those of the two finalist clubs; the finalist clubs themselves; general spectators; the French Football Federation; the Police and other public national and local authorities, and the stadium operator.”

UEFA confirmed it would set up an online questionnaire so all “relevant parties can submit their testimonies” via a dedicated email address, which has yet to be announced.

The governing body added: “The findings of the Review, conclusions, and recommendations will be set out in detail in the Report and will be those of Dr Tiago Brandao Rodrigues and the experts who will support him.

“The Review will start immediately and should be concluded within the shortest possible timeframe needed to produce a comprehensive review of the events.

“Once completed, the Report will be published by UEFA on www.uefa.com in the interests of transparency.”

UEFA initially blamed the problems on the late arrival of fans before later issuing a statement referring to fake tickets as the cause.

French government ministers reiterated the latter claims, alleging “fraud at an industrial level” leading to the fiasco that followed.

Although Liverpool fans were mainly affected, some Real Madrid supporters were caught up in the mayhem as well, leading to the Spanish club to release a damning statement on Friday.

Real demanded answers after questioning the decision to hold the final at the Stade de France and their response came after Liverpool had swiftly called for a full investigation into the fiasco.