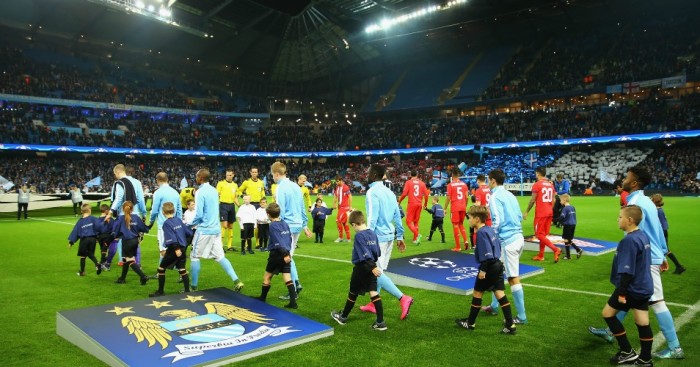 Manchester City must face a UEFA disciplinary charge – because their fans boo the Champions League anthem.

The governing body has confirmed the unprecedented action after City fans again jeered during the pre-match music ahead of Wednesday night’s clash with Sevilla.

City fans have regularly taken the opportunity to vent their feelings at UEFA over financial fair play rules. Blues supporters were also angered by the governing body’s decision to ban supporters from traveling to Moscow for the match against CSKA last season after many had already paid for flights and accommodation.

The Russian club were being punished for racism but still managed to sneak some supporters into the game despite being ordered to play behind closed doors. City fans, however, were left out of pocket.

UEFA’s decision to act comes at a time when president Michel Platini is banned from football activities for 90 days, while an investigation continues into a payment of £1.35m given to him by FIFA chief Sepp Blatter, who is also suspended.