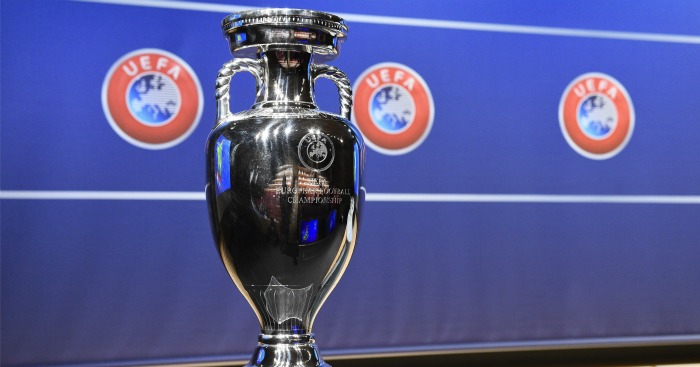 UEFA intends to stick with its 24-team format for the European Championship despite some high-profile criticism.

More teams than ever competed at this summer’s tournament in France, meaning four third-placed sides joined the winners and runners-up from the six groups to form a round of 16.

It was a convoluted process that meant just eight teams went home after the group stage, but UEFA has defended the format and intends to keep it in place for Euro 2020.

“The decision has been made to go for 24 and all the preparations for 2020 are with 24 teams,” UEFA general secretary ad interim Theodore Theodoridis said, when asked if it could go back to 16 teams or even be expanded to 32.

“But this particular committee (the UEFA National Team Competitions Committee) is constantly reviewing the different elements and comes with proposals.

“But for 2020, we will go for 24. For 2024, it is wide open and it will be a proposal that is a very interesting discussion because there are pluses and minuses for every format.

“We have to see the overall picture of the competition – not only the final tournament but also the qualifiers.

“If you ask me about 32, I am confident that we have more than 32 very competitive teams in Europe.

“But a format of 32 would kill the qualifiers so it is balance, you have to consider a little bit of everything.”

Theodoridis pledged that the Competitions Committee would analyse the current 24-team format and address concerns that have come from Euro 2016, both in terms of the impact on players and the quality.

Germany coach Joachim Low and defender Mats Hummels both criticised the format, saying the quality has suffered as a result.

“I think 24 teams are too many,” Low said on sport1.de. “The World Cup’s going to be increased to 40 teams and it’s getting more and more, and that’s a problem in the long term.

“Sometimes you get the feeling it’s not doing football any good. The quality is suffering.”

Germany faced Ukraine, Poland, Northern Ireland, Slovakia and Italy en route to the Euro 2016 semi-finals, where they bowed out to hosts France on Thursday.

Hummels added: “The level at this European Championship was not what we had hoped for.

“There were many teams who didn’t want to do anything with the ball and just packed men behind the ball.”