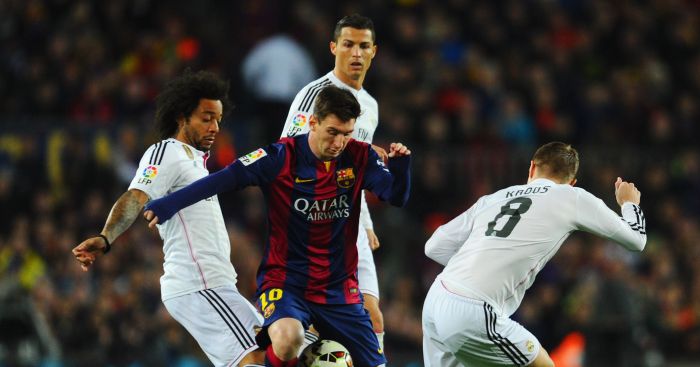 UEFA is in talks with the English and Spanish Football Associations about Eleven Sports’ breach of the traditional Saturday afternoon broadcast blackout in Britain, Press Association Sport understands.

The streaming service, founded by Leeds owner Andrea Radrizzani, has twice shown LaLiga games at 3.15pm on Saturdays in recent weeks, despite UEFA’s article 48 banning the broadcast of live football between 2.45pm and 5.15pm.

However, that rule, which has been in place since the late 1950s, is now only enforced in England, Montenegro and Scotland, where many still believe it encourages fans to actually attend matches or play amateur football.

Speaking to reporters at the Leaders Sport Business Summit, Radrizzani said Eleven had LaLiga’s support and would continue to stream Spanish games during the blackout window.

He also said he was hoping to be able to stream Serie A games on Saturday afternoons too. Eleven recently showed a Juventus game that kicked off at 5pm, but with audio commentary only for the first 15 minutes.

It is understood European football’s governing body UEFA is trying to resolve the issue without the FA making a formal complaint.

A spokesperson for English football’s national governing body told Press Association Sport: “We are aware of the matter and are looking into it through the appropriate channels.”

The English Football League declined to comment, but a Premier League spokesperson said: “Along with other English football stakeholders, the Premier League continues to support the closed period to encourage attendances and participation through the football pyramid.

“The amount of football broadcast live in the UK must be balanced against the thousands of amateur teams that play across England on Saturday afternoons, and the 92 professional clubs that work hard to fill their stadiums on match-days.”

Radrizzani, however, believes the proliferation of streaming services, legal or otherwise, makes the rule unsustainable and questions the idea that fans of a British team would decide not to see their team play live because a LaLiga game is available on their laptop or phone.

“There are betting websites which are showing the game live, while we legitimately paid for the rights but cannot show it, according to law 48,” he said.

“Also, there are many other illegal sites and pirates that we should fight against. So I would love to open a conversation, in a friendly way, to find a solution.

“I would also like to understand why this is competing with ticket sales in UK stadiums. Why not the Tour de France or other events that happen at the same time live on TV?

“So the rule should be reconsidered, (but) I’m not against the blackout for domestic events.”