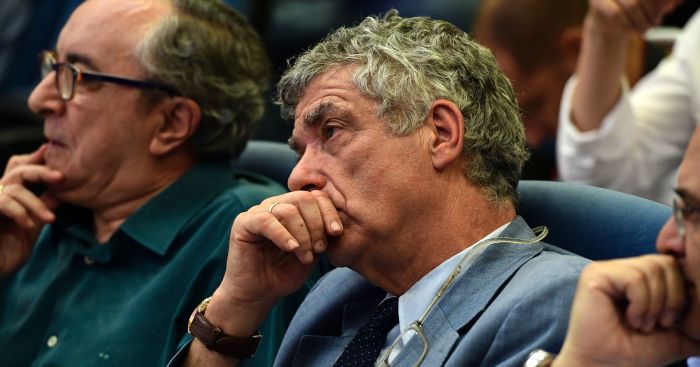 The 67-year-old Villar Llona, one of the most powerful men in world football over the last two decades, is currently in custody with several other Spanish officials, including his son Gorka.

In a statement, UEFA said: “On 26 July, 2017, Mr Angel Maria Villar Llona tendered his resignation as vice-president of UEFA and member of the UEFA executive committee with immediate effect.

“Following his resignation, Mr Villar Llona will no longer have any official functions at our organisation.

“UEFA president Aleksander Ceferin has accepted Mr Villar Llona’s letter of resignation and has thanked him for his many years of service to European football.

“In view of the ongoing court proceedings in Spain, we have no further comments to make on this matter.”

Villar Llona’s decision follows Tuesday’s announcement by the Spanish Football Federation that it has suspended his presidency for a year.

A former Spanish international who later qualified as a lawyer, he has run Spanish football since 1988 but now stands accused of allegedly misappropriating funds and rigging elections.

In 2015, he was fined and warned by FIFA’s ethics committee for failing to cooperate with the investigation into the bidding race for the 2018/2022 World Cups, having led Portugal and Spain’s joint bid for the 2018 tournament.

While an official statement from FIFA is not expected until later today, a spokesman for football’s world governing body has confirmed to Press Association Sport that Villar Llona has also resigned from that organisation.

As well as sitting on its executive committee and now its council for 15 years, Villar Llona has held numerous positions at FIFA, including seats on its club football and referees committees and chairing its bureau for the 2018 World Cup in Russia.