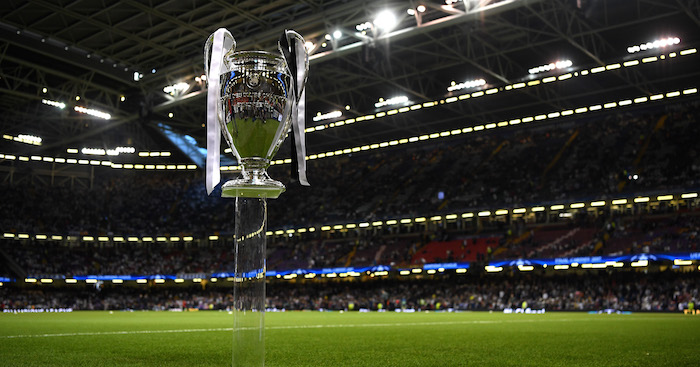 A report claims UEFA and leagues around Europe are committed to finishing the current season and that voiding it is not an option.

Sports across the globe have been suspended as countries look to curb the spread of Covid-19 and few expect the Premier League to return anytime soon.

UEFA has invited the leaders of its 55 national member associations to take part in a video conference on Wednesday to receive an update from working groups set up on March 17 in the wake of the Covid-19 crisis.

One working group is looking at how the 2019-20 fixture calendar can be completed, while the other was focused on economic and regulatory issues such as adjustments to player contracts and transfer windows.

West Ham vice-chairman Karren Brady called for the Premier League season to be declared void in her Sun column after football was originally suspended until April 3 due to the coronavirus outbreak.

Rio Ferdinand recently agreed that it would be the best course of action, while Tottenham striker Harry Kane thinks a deadline should be set to restart the season.

And now The Independent claims that ‘all parties are fully aligned with the English view that the campaign must be completed’ with voiding the campaign ‘off the table’.

‘There is also now an acceptance that the Champions League final – the showpiece of the entire European calendar – will take place in front of an empty stadium, along with the Europa League final.

‘Uefa has set up two working groups to find solutions to the crisis – one on league logistics, the other on financial matters – and the reasons for the stance on completing 2019/20 are the exact same as in England: financial; sporting integrity; the mass complications that come with ending seasons prematurely and also the knock-on effect on the many jobs connecting to the game.’