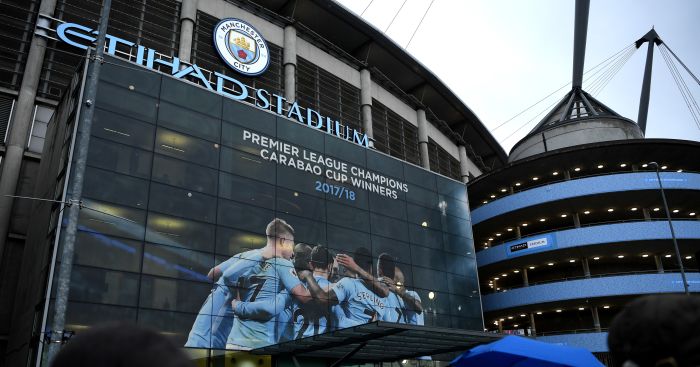 City outplayed local rivals Manchester United on Sunday and are two points clear at the top of the Premier League – but things may not be so healthy off the pitch.

Citing documents and emails provided by the whistle-blowing platform Football Leaks, German magazine Der Spiegel has published a series of articles over the last 10 days which have accused City’s Abu Dhabi owners of trying to get around European football’s FFP rules.

Some at UEFA believed that to be the case in 2014, too, and the club was punished – but Der Spiegel claims the governing body was unaware of some of the details.

City have repeatedly described Der Spiegel’s reports as the product of a “clear and organised” attempt to tarnish their reputation, while UEFA’s initial response was to say it could not comment because of “confidentiality obligations”.

But with Der Spiegel’s specific allegations remaining unchallenged, UEFA has finally indicated it has the stomach for a fight.

In a statement, UEFA said it makes an annual assessment of all clubs against FFP’s break-even requirements on a rolling three-year basis, and this assessment depends on “fair and accurate” information provided by the clubs, as well as “compliance checks and analysis undertaken by UEFA”.

“If new information comes to light that may be material to this assessment, UEFA will use that to challenge the figures and will seek explanation, clarification or rebuttal from the club concerned,” it continued.

“Should new information suggest that previously-concluded cases have been abused, those cases may be capable of being reopened as determined on a case-by-case basis.”

UEFA also defended the FFP system, saying it had helped clubs across Europe go from a cumulative debt of £1.5billion in 2011 to more than £500million in profits last year.

“Without question, (FFP) has been a success for the game across Europe,” it added.

City accepted a £49million fine for breaching FFP in 2014. The sanction also included a restriction on the size of the club’s squad for Europe the following two seasons and limits on their transfer spending and wage bill.

In a statement issued at the time, the club suggested they were minded to fight UEFA in the courts but had decided to reluctantly accept the punishment in the interests of their fans, partners and commercial operations.

And three years later, two thirds of that fine, more than £33million, was reimbursed to City by UEFA for meeting the terms of the 2014 settlement.

Rival clubs could have appealed against City’s 2014 sanction, or the similar punishment Paris St Germain received at the same time, but none did and, so far, none has called for new sanctions now.

UEFA, however, is already investigating PSG’s finances again, although the French club have challenged that decision at the Court of Arbitration for Sport, while Spain’s La Liga has asked UEFA to look again at City’s books as well.