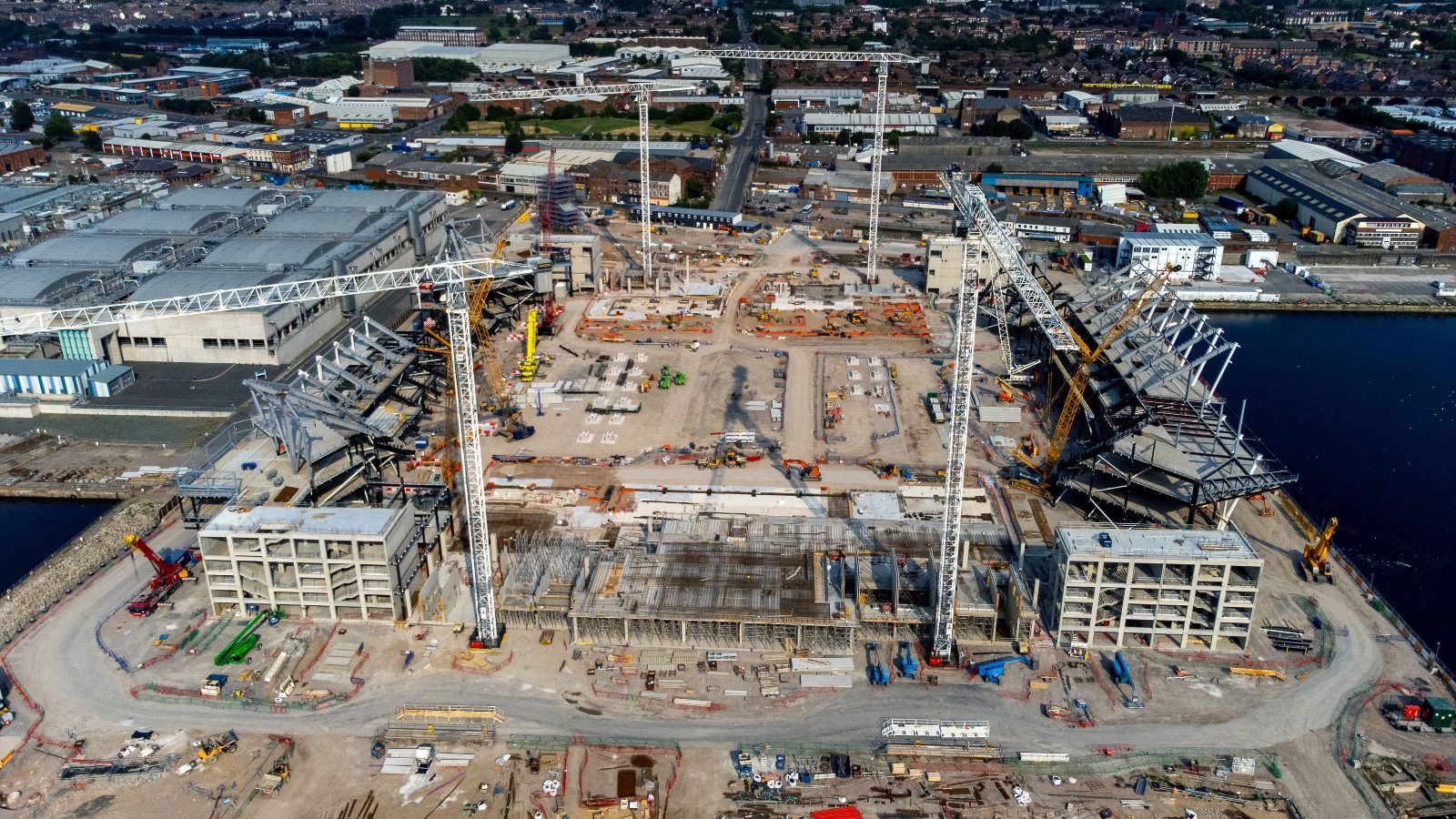 Fourteen venues across five countries have been shortlisted by the UK and Ireland bid team to host matches at Euro 2028.

Nine English stadia are on the list, which has been submitted in a preliminary bid dossier to tournament organisers UEFA, while there are two in the Republic of Ireland and one each in Northern Ireland, Scotland and Wales.

The inclusion of Casement Park, a Gaelic sports venue which is in the process of being redeveloped, means Belfast is set to host matches should it remain when the final list of 10 stadia is submitted to UEFA in April.

The nine English stadia include three in London – Wembley, the London Stadium and the Tottenham Hotspur Stadium. Old Trafford and the Etihad Stadium are on the provisional list, as are Newcastle’s St James’ Park and Sunderland’s Stadium of Light.

Everton’s new ground at Bramley-Moore Dock is on the shortlist, as is Villa Park in Birmingham.

The Aviva Stadium and Croke Park are the shortlisted venues in Dublin, while the Principality Stadium in Cardiff and Hampden Park in Glasgow complete the list.

The UK-Ireland bid faces competition from Turkey, with UEFA’s executive committee set to make a decision on hosting for Euro 2028 and Euro 2032 in September next year.

A joint statement from the five bidding associations said: “We are delighted that Government Partners of the UK, Ireland, Scotland, Wales, and officials in Northern Ireland, support this bid.

“Together, we believe we can deliver a world-class tournament, and that hosting Euro 2028 will achieve a strong and sustainable legacy for football and wider society, helping to drive economic growth in local communities.

“Working with UEFA, our plan is to host a tournament that will be a catalyst for transformational grassroots football development – with a promise to share legacy initiatives with European national associations to accelerate growth across the continent.

“The UK and Ireland’s track record of hosting successful major sporting events over many decades means we have the expertise and experience to take this world-class tournament to new heights.

“Our compact plan and pioneering, multi-partner collaboration can usher in a new era for the Euro. Through the latest digital and marketing innovations, we will help UEFA and its partners engage new audiences and the world’s youth to extend the impact and reach of the tournament further than ever before.”

The UK and Ireland had initially undertaken a feasibility study looking at the possibility of bidding for the 2030 World Cup, but switched focus to the Euros.