Home All The News Ukraine 0-4 England: Southgate’s men march on 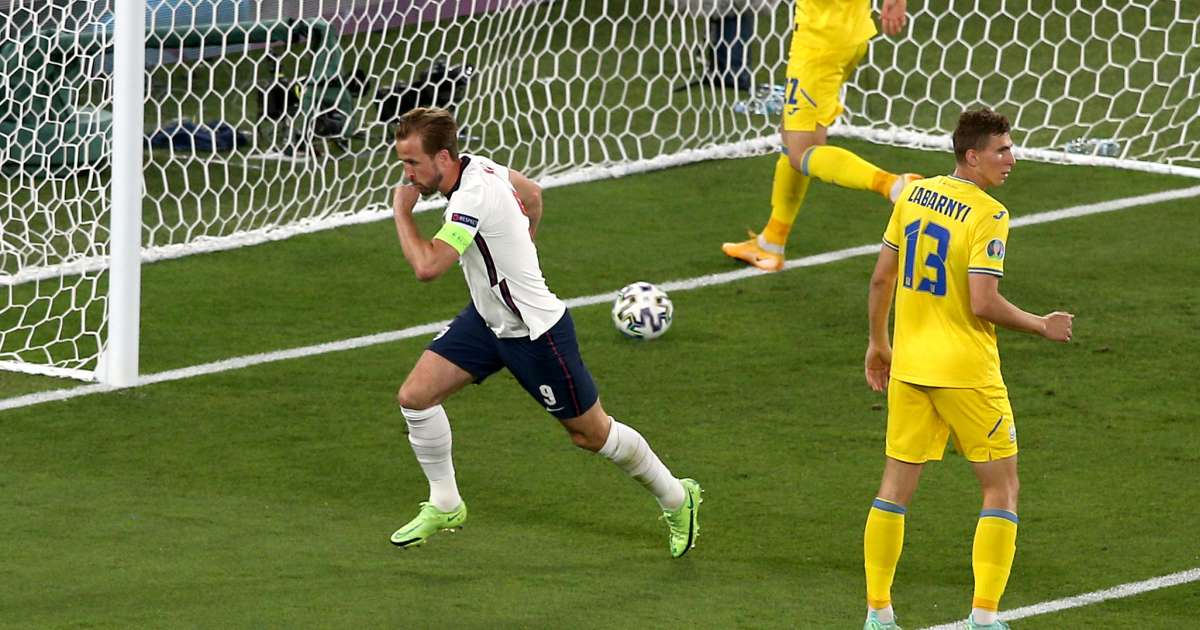 England reached the Euro 2020 semi-finals as Harry Kane struck twice in a comfortable victory over Ukraine in Rome.

As quarter-final ties go this was a fairly straightforward evening for the Three Lions, who ran out 4-0 winners at the Stadio Olimpico and will meet Denmark in the last-four.

Kane got the night off to a fine start with an early strike before heading in his second shortly after Harry Maguire had doubled the lead immediately following half-time.

The fourth came courtesy of substitute Jordan Henderson, who broke his England goalscoring duck to seal a fine team performance.

Having made the semi-finals at the 2018 World Cup, Gareth Southgate will be hoping his side go one better as they prepare to face Denmark at Wembley on Wednesday night.

England have been breaking records and ending streaks throughout the finals and progressing after Kane’s early goal was another.

The Tottenham striker needed just 212 seconds to score his second of the tournament and it was the sixth time England have scored in the opening four minutes of a European Championship tie – with elimination following on the previous five occasions.

Kane had been widely criticised for his performances until heading home the second in the last-16 win over Germany but he appears to have hit form at just the right time, becoming the first England player to score in consecutive Euros knockout games.

Southgate made two changes from the Germany victory as Mason Mount was recalled and Jadon Sancho handed his first start of the finals.

The alterations also saw England revert to the four-man defence which operated across the group stages, with Kieran Trippier dropping to the bench and Bukayo Saka missing out completely with a slight knock.

This was Ukraine’s first European Championship quarter-final and they held their own in the first half despite never truly testing the unbeaten Jordan Pickford in the England goal.

We're in the #EURO2020 semi-finals – and we're going (back) to @wembleystadium! pic.twitter.com/fSXJ5vBJBe

England, as they were in all of their group-stage games, were fast out of the blocks as the recalled Mason Mount wanted a penalty after going down under pressure from Mykola Matviyenko.

But, while his appeals fell on deaf ears, the noise inside the Stadio Olimpico would soon go up a notch as England hit the front.

Raheem Sterling cut in from the right and played a sliderule ball into the box, where Kane was on hand to stab home past Georgi Bushchan for the fourth-minute opener.

Ukraine had been quiet in the opening exchanges but a mix-up between Manchester City team-mates Kyle Walker and John Stones allowed Roman Yaremchuk a run at goal, with Pickford turning his low shot behind.

England were soon back on top with Sterling a constant threat down the right as he won a free-kick just before the half-hour from which Kane headed Luke Shaw’s set-piece clear of the crossbar.

Declan Rice stung the palms of Bushchan with a low drive that the Ukrainian goalkeeper could only push away.

Ukraine were forced into a substitution as Sergiy Kryvtsov limped off to be replaced by Dynamo Kyiv midfielder Viktor Tsygankov.

Shaw and Sancho would combine for the latter to get a shot away, only for the offside flag to be raised after Bushchan had made the stop.

Another misunderstanding in the England backline saw Andriy Yarmolenko get to the byline and cross in – but Stones was again on hand to clear the danger.

Ukraine had kept themselves in the tie for the first half despite conceding early – but they fell into the same trap after the interval.

Kane won a free-kick after being tripped and Shaw swung in a cross which Maguire thundered past Bushcan to double the lead.

A third was added just four minutes later as Kane stooped to head home his second of the evening, Shaw again sending the ball into the box to find his captain unmarked six yards out.

Southgate took the opportunity to replace Rice – one booking away from missing the semi-final – with Henderson.

Kane, closing in on becoming England’s all-time top goalscorer, was denied a hat-trick by a fine Bushcan stop.

But the fourth would come from the resulting corner, Mount whipping in for Henderson to head in his first England goal on his 62nd cap.

Southgate rang the changes as Kalvin Phillips, Shaw and Sterling were replaced before Kane came off with 18 minutes remaining.

The intensity had long gone out of the contest by that point, with England happy to allow Ukraine possession as they saw out the game with little trouble.