Home Leicester City Ulloa: I will not play again for Leicester 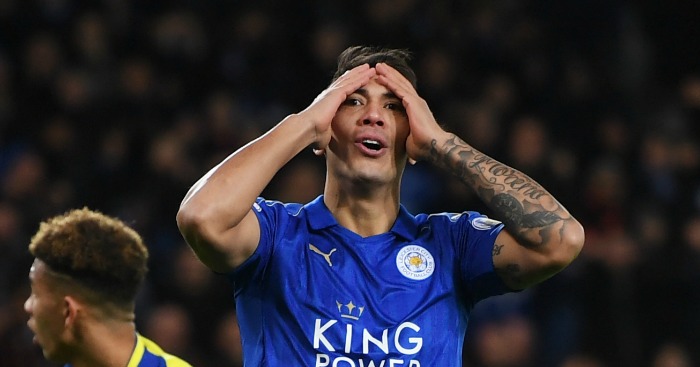 Leonardo Ulloa appears to have threatened to go on strike to force a move from the Leicester before Tuesday’s transfer deadline.

The Argentinian striker claims manager Claudio Ranieri has gone back on a promise to let him leave the Premier League champions if an offer of £4-5million was received.

Press Association Sport understands the Foxes have rejected a £7million offer for the 30-year-old.

Ulloa, who has started only one league game this season, tweeted: “With all respect for LCFC FANS. I feel betrayed by Ranieri and let down by the club. I will not play again for them…”

Ulloa is also reported to have been the subject of interest from Alaves and Galatasaray.

He added on Sky Sports News: “I can’t understand the situation or why they don’t let me continue playing my football somewhere else. If I stay at the club it’s going to affect seriously my career and my future.

“They know I’m not going to be used. The best thing for both parties is that they sell me to another club and I can continue playing my football somewhere else.”