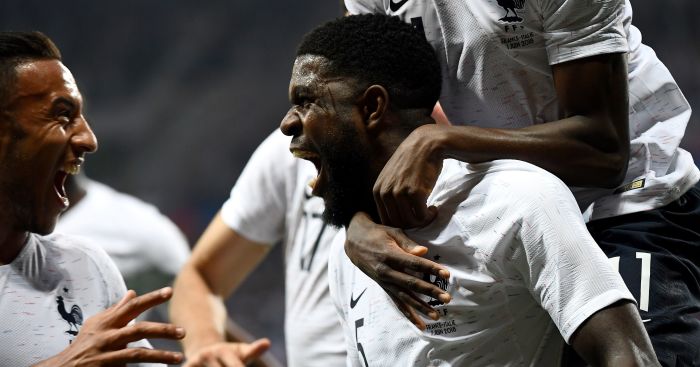 Samuel Umtiti has agreed a contract extension with Barcelona, the LaLiga champions have announced.

The Cameroon-born France international’s new deal ties him to the club until 2023 and he will put pen to paper at the Nou Camp on Monday morning.

The 24-year-old defender, who had been linked with a move to Manchester United, has helped Barca win LaLiga, two Copa del Reys and the Spanish Supercopa during his two seasons in Catalonia.

A Barcelona statement read: “Some great news for Barcelona fans, and it’s that Samuel Umtiti will continue wearing the shirt until 2023.

“The player, born in Yaounde in 1993, arrived at the club in 2016 from Lyon and in only two seasons has become an indispensable player in the Barca defence.”