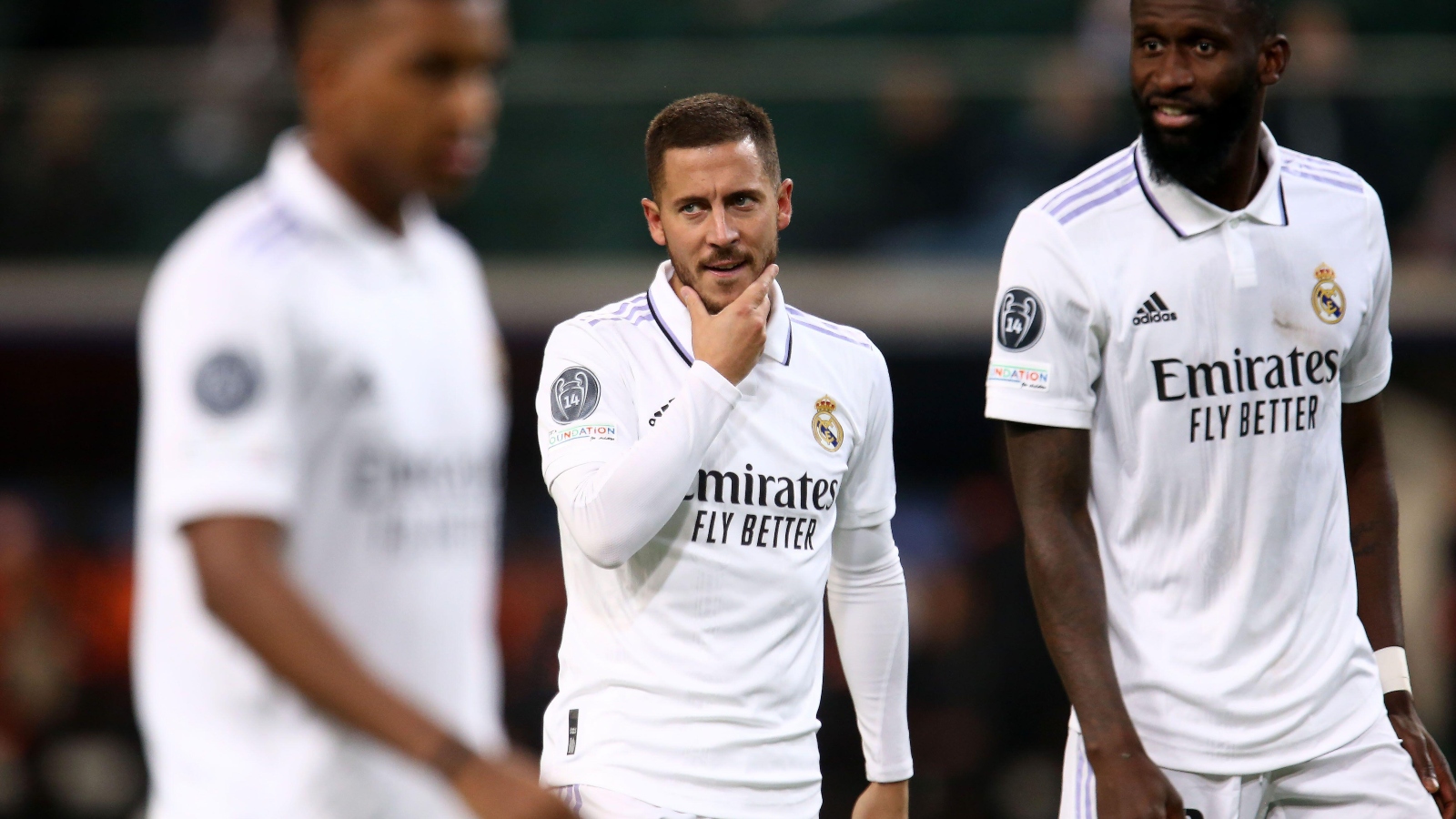 Hazard joined Los Blancos for a whopping £105million despite only having a year left on his Chelsea contract.

The Belgium captain penned a five-year contract – which is set to expire in 2024 – and took the number seven shirt following Cristiano Ronaldo’s departure.

It has been a very difficult spell in the Spanish capital for the Chelsea legend.

His time in Madrid has been hindered by injuries, which have resulted in poor form and inconsistent game time.

The 31-year-old has been an unused substitute in Real Madrid’s last seven La Liga fixtures.

In his three league appearances this term, Hazard has failed to provide a single goal contribution.

He played for an hour in his side’s Champions League opener at Celtic, replacing Karim Benzema, who went off injured in the first half.

This was by far Hazard’s best performance of the season, scoring one and providing an assist for Luka Modric’s goal.

The match at Celtic Park is the only time in 2022-23 Hazard has scored or assisted.

Hazard has been linked with a move back to the Premier League over the last year or so.

Arsenal, Chelsea and Newcastle United have all been linked with the Belgian international, but it is unlikely any of those sides pursue this transfer.

The latest English team to be thrown in the mix is Aston Villa.

The Villans rescued Philippe Coutinho from his FC Barcelona nightmare this year, signing him on loan in January before making his move permanent in the summer transfer window.

Coutinho joined with high expectations after a similarly difficult spell to Hazard at one of the biggest clubs in world football.

He has disappointed, however, and now Hazard has been linked with a move to Villa Park, which would probably see Coutinho’s minutes reduced if it came to fruition.

What a great idea it would be to sign the Belgian. It’s not as if Coutinho’s time in the Midlands could be an indication that they probably shouldn’t pursue this one.

It is said in the report that Madrid ‘made a large financial commitment’ to Hazard, who was a ‘top three’ player in the world at the time of his signing.

His future appears to be ‘far from’ the Santiago Bernabeu.

With their ‘paths close to separating’, Hazard will analyse his future after the World Cup with Belgium.

A return to England is ‘possible’ with Unai Emery apparently keen on signing the player for Aston Villa.

The Spaniard has already given the ‘go-ahead’ for the club to sign Hazard, the report adds.

Emery apparently sees Hazard as the man to ‘reinforce the attack’ after a disappointing start to the season for the Premier League side.

It is said that Villa have ‘joined the race’, with Hazard and Madrid ‘destined to part ways’.

Unai Emery replaced Steven Gerrard as head coach last month but did not take charge of Saturday’s 4-0 loss at Newcastle.

He left Villarreal after a little over two seasons with the La Liga club.

Emery led Villarreal to the Champions League semi-finals last season, a year on from beating Manchester United in the Europa League final.