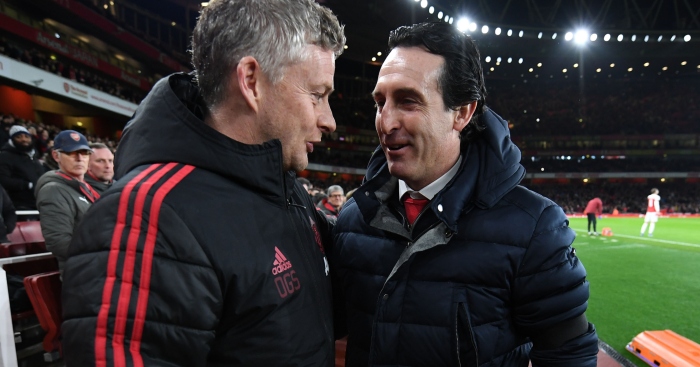 The Gunners were knocked out of the FA Cup on Friday night when the Red Devils earned a 3-1 win at the Emirates.

Arsenal’s hopes of advancing in a competition they have won a record 13 times was dented by injuries to both of their starting central defenders.

Sokratis Papastathopoulos limped off in the first half with a twisted ankle before captain Laurent Koscielny – only recently back from a serious Achilles injury – was accidentally caught by the stray boot of United striker Romelu Lukaku.

Koscielny received eight minutes of treatment on the pitch and, while Gunners head coach Unai Emery did not have a detailed diagnosis, the injury could leave Arsenal’s captained sidelined once again.

“Maybe Laurent Koscielny is going to hospital to analyse what injury he has,” said the Spaniard.

“Maybe he’s broken (his cheek or jaw) but I hope not.

“I’m happy because I think our work is good, but the result is bad. Today it’s the result and the injuries. They don’t help us to be in the match, maybe when the result’s 1-2.

“In this moment we had the possibility to grow and to win, but these injuries – especially the one to Koscielny – didn’t help us because our rhythm went down.”