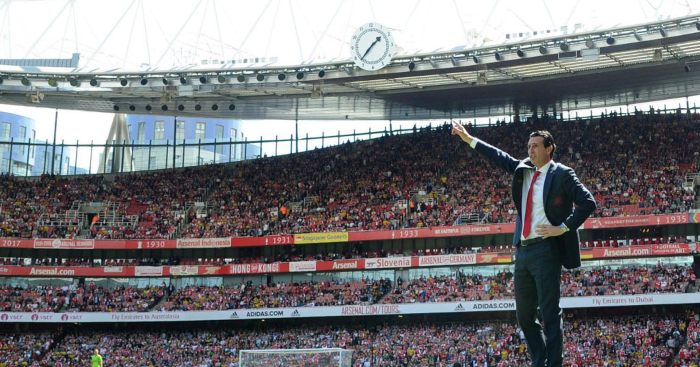 Andrey Arshavin reckons Unai Emery “is not in a good position” succeeding Arsene Wenger at Arsenal – but hopes “he does well”.

The Gunners missed out on the top four by one point last season, while they reached the Europa League final, as Emery went about reshaping the squad he inherited from Wenger.

And Emery has overseen two wins out of two in the Premier League so far this term with the club’s hierarchy also backing him in the summer transfer window.

However, Arshavin – who played for Arsenal for four years – acknowledges Emery has a “difficult” job after replacing a man that was at the helm for 22 years.

“It’s difficult to replace a guy who managed the team for more than 20 years,” Arshavin told Sky Sports.

“Unai Emery is not in a good position I would say.

“But I would say the first year was not bad. He is building the team and he needs time. I hope he does well.

“I think the realistic target is to be in the top four because Manchester City and Liverpool are very strong. They are contenders for the title.”