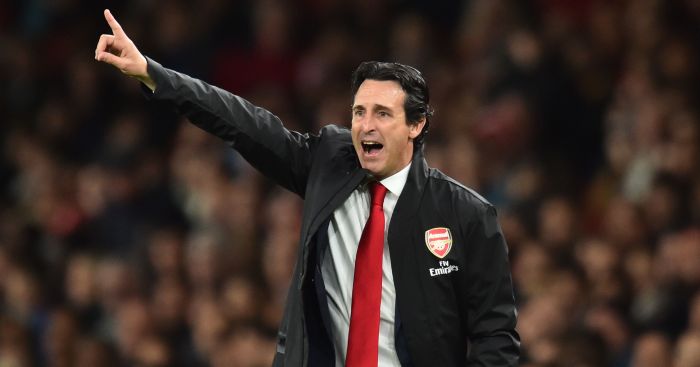 Unai Emery think that Arsenal must learn how to take control of matches better despite their 3-1 victory over Leicester City in the Premier League on Monday night.

Ben Chilwell gave the Foxes a deserved lead early on before Mesut Ozil equaliser on the stroke of half-time to get the Gunners level by the break.

However, Pierre-Emerick Aubameyang climbed off the bench to score two quick-fire goals in the last 30 minutes as Ozil played a starring role.

“Different halves. every match is difficult,” Emery told Sky Sports. “First half we didn’t control the match with possession and positioning.

“We are happy because we are progressing. We need to play with organisation but also with heart.

“We are beginning to play with heart.

“When you continue to improve your demands are very high. We need to control the matches more than we are doing now. First half we didn’t play well but then we played with quality and heart. This feeling together is very good.

“We need the number 10 position sometimes with Mesut Ozil and sometimes with Aaron Ramsey. We can’t plat with both sometimes. Last match was away and we played it with two strikers. Today Mesut was very good but I believe in every player and different positions for the players.”