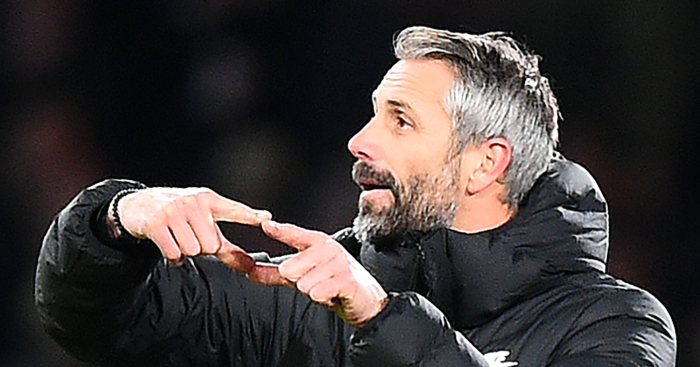 The manager of unbeaten Austrian champions Red Bull Salzburg is one of five contenders for the Manchester United manager’s job, according to The Sun.

Rose is joined by current caretaker boss Ole Gunnar Solskjaer, Zinedine Zidane and Laurent Blanc on a list of possible coaches if Pochettino turns them down.

RB Salzburg are the only team in Europe to be unbeaten in all competitions this season; they only missed out in Champions League qualifying on goal difference after drawing 2-2 with Red Star Belgrade.

They have since waltzed through the Europa League – beating Celtic twice – and now sit 14 points clear at the top of the Austrian Bundesliga.

Those asking what Marco Rose is like, here’s some videos on it:https://t.co/d4eSipF9Nthttps://t.co/9cICfcwFsD

He’s not revolutionary, he’s just very progressive and Salzburg do some really good stuff under him.

Loads of options, fast build up and utilise the half spaces. pic.twitter.com/vyQ9vCgSnb