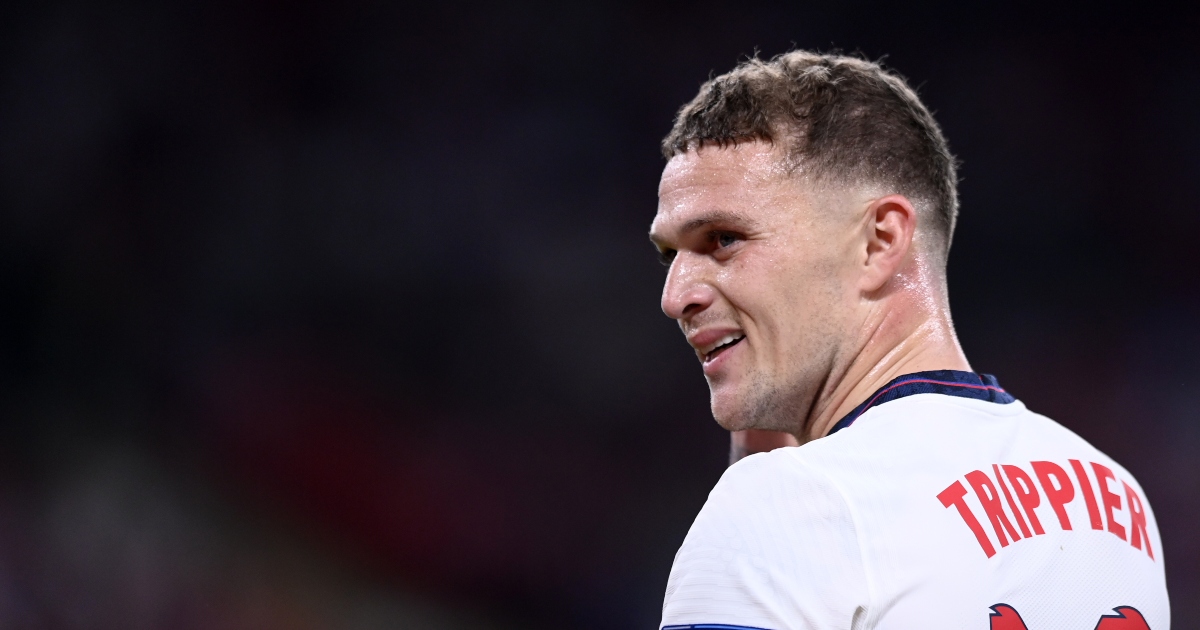 Kieran Trippier is set to captain England in Saturday’s World Cup qualifier against Andorra and he has revealed his gratitude to the support he has received from Gareth Southgate.

The 31-year-old has established himself as a key component of the Three Lions set-up since making his debut in a friendly against France in 2017.

Trippier shone in the run to the 2018 World Cup semi-finals and will win his 35th cap in Saturday’s World Cup qualifier in Andorra, where Southgate confirmed the Atletico Madrid right-back will wear the captain’s armband.

The versatile full-back skippered the national team in a friendly against Wales last year, but this will be the first time he will captain England in front of supporters.

“As a player to captain your country is one of my best feelings, one of the proudest moments of my career.

“Hopefully I can follow that up with a win but I’m speechless, really, to captain my country and lead the boys out. You know obviously something I’ll never ever forget.

“As a player it’s always good to have a manager who trusts in you, no matter where you play on the pitch.

“I’ve been with Gareth now nearly since he took charge so I try to repay that by my performances.

“But I can only thank Gareth for what he’s done for me on and off the pitch, and the trust that he has in me personally to name me captain. It’s a surreal moment.”

England will be cheered on by their hardy travelling support at the Estadi Nacional, where the artificial surface in the shadow of the Pyrenees will raise unique difficulties.

“For me, it’s all about challenges in every single game and this is another one,” Trippier said. “All the players are ready.

“Like Gareth says, we will get the ball down and we’ll play. And try and play football to feet and there’s no excuses.

“We’ve come here to try and get the three points and everybody will be ready for tomorrow.”