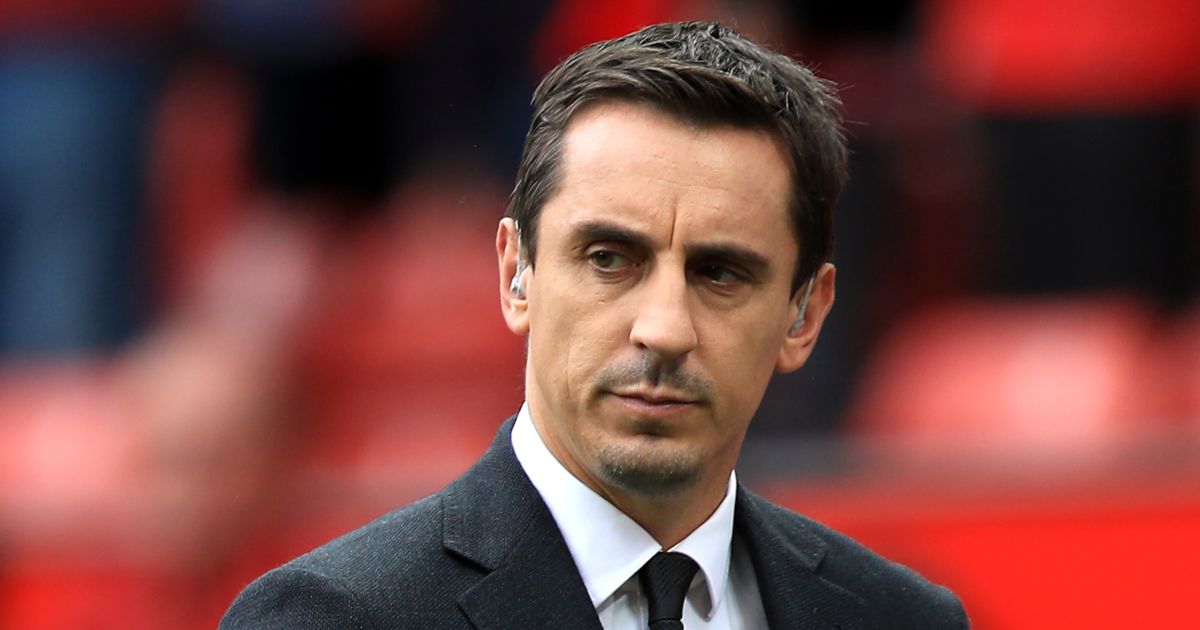 Gary Neville thinks the whole of Mikel Arteta’s Arsenal midfield and attack were a “joke” in their “embarrassing” defeat to Liverpool.

The Gunners were torn apart by Liverpool at the Emirates Stadium on Saturday evening as a brace from Diogo Jota and another goal from Mo Salah sealed the points for Jurgen Klopp’s men.

Arsenal could only muster three shots in the whole match as they fell back down to tenth in the Premier League table with promoted Leeds United now level on points with them.

And Neville was shocked by what he saw from Arsenal on Saturday with the former Manchester United defender concerned over their “little mafia”.

“I was alarmed,” Neville told Sky Sports. “We know Arsenal are inconsistent and in transition under Mikel Arteta.

“But I have to say at half-time on Saturday I was really uncomfortable by what I saw. Usually at the end of the game I just leave, but I sat around for a few minutes with Martin Tyler and went, ‘what was that?’

“I was really uncomfortable with what I saw. We don’t know what’s going on behind the scenes, but I have to say I thought there was a few players in the front part of the pitch who looked like a little mafia.

“It looked like there was a disconnect between them and the manager. The manager looked like he had enough of them.

“We’ve been around football now for a long time so we know when the players look disinterested. We could be wrong and next week we could be talking about how great they are.

“Arsenal generally have got good shape under Mikel Arteta but what was different was the effort, or lack of it, from the front six.

“And I’m going to say all six, although [Martin] Odegaard did try at times to press. But the rest of them were a joke. The lack of energy was a joke.”

“All the way through the first half I was watching this and getting frustrated. I think Mikel was shocked by the lack of application from the front part of his team.

“It was a walk in the park for Liverpool. It was embarrassing. It was a really bad day for Arsenal. It was a dark moment, that.

“I think Mikel Arteta will be coming away from that thinking it’s me or them now. Arsenal have got a big problem with some of those players.

“He can’t implement his plan unless those players from Saturday decide they’re going to start playing for him, or he gets rid of them. And I doubt it will be the first one, because something didn’t feel right.”