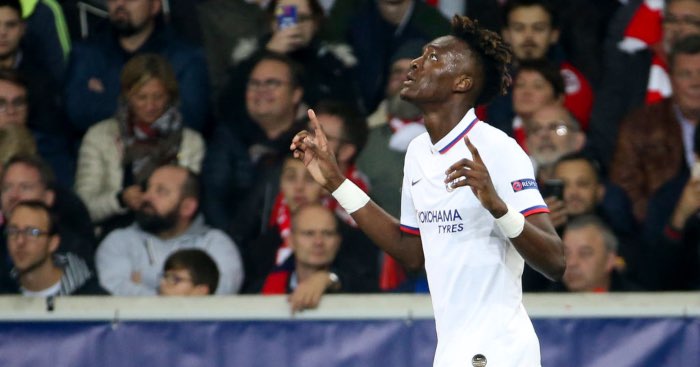 In-form striker Tammy Abraham would tackle another England call-up with the same work ethic which has earned him a regular place in the Chelsea side, according to Blues manager Frank Lampard.

Gareth Southgate will name his squad for the upcoming Euro 2020 qualifiers away to the Czech Republic and Bulgaria at Wembley on Thursday, with Abraham’s international future as yet still undecided.

Given his club form, Abraham was a somewhat surprising omission from the 25-man group for last month’s qualification double header.

Abraham marked his 22nd birthday with the opening goal in Chelsea’s 2-1 away win in their Champions League match at Lille on Wednesday night.

It was a first for the young forward in the European competition, and his eighth goal in 10 appearances.

Speaking afterwards, Lampard was asked on how the England speculation might impact Abraham’s mindset.

“Tammy is handling that situation as he handles everything in life, with enthusiasm, happiness, a desire to work,” the Chelsea manager said.

“Of course he wants to be the best, and with that comes international recognition. I see that every day. The next decision on that is for Gareth. I never want to tell him what to do.

“But when you see the performances of Tammy, Mason (Mount) had it in the last squad, and the way (Fikayo) Timori is playing now, they are giving themselves a chance.”

Abraham himself says he is undecided on his international future as he has also has also been attracting admiring glances from Nigeria, and remains eligible for the Super Eagles despite winning two senior England caps in the friendlies against Germany and Brazil in November 2017.

“We felt (that it was a) bit early this time, but we really can see that he can offer us something moving forward.

“We obviously gave him a cap back in November of 2017. So, for sure, we need to make certain that he feels that the opportunity is going to be there. I’m pretty sure he does. He knows us well enough.”

Chelsea team-mate Fikayo Tomori is another England youth prospect eligible for Nigeria, plus the defender is able to play for Canada.