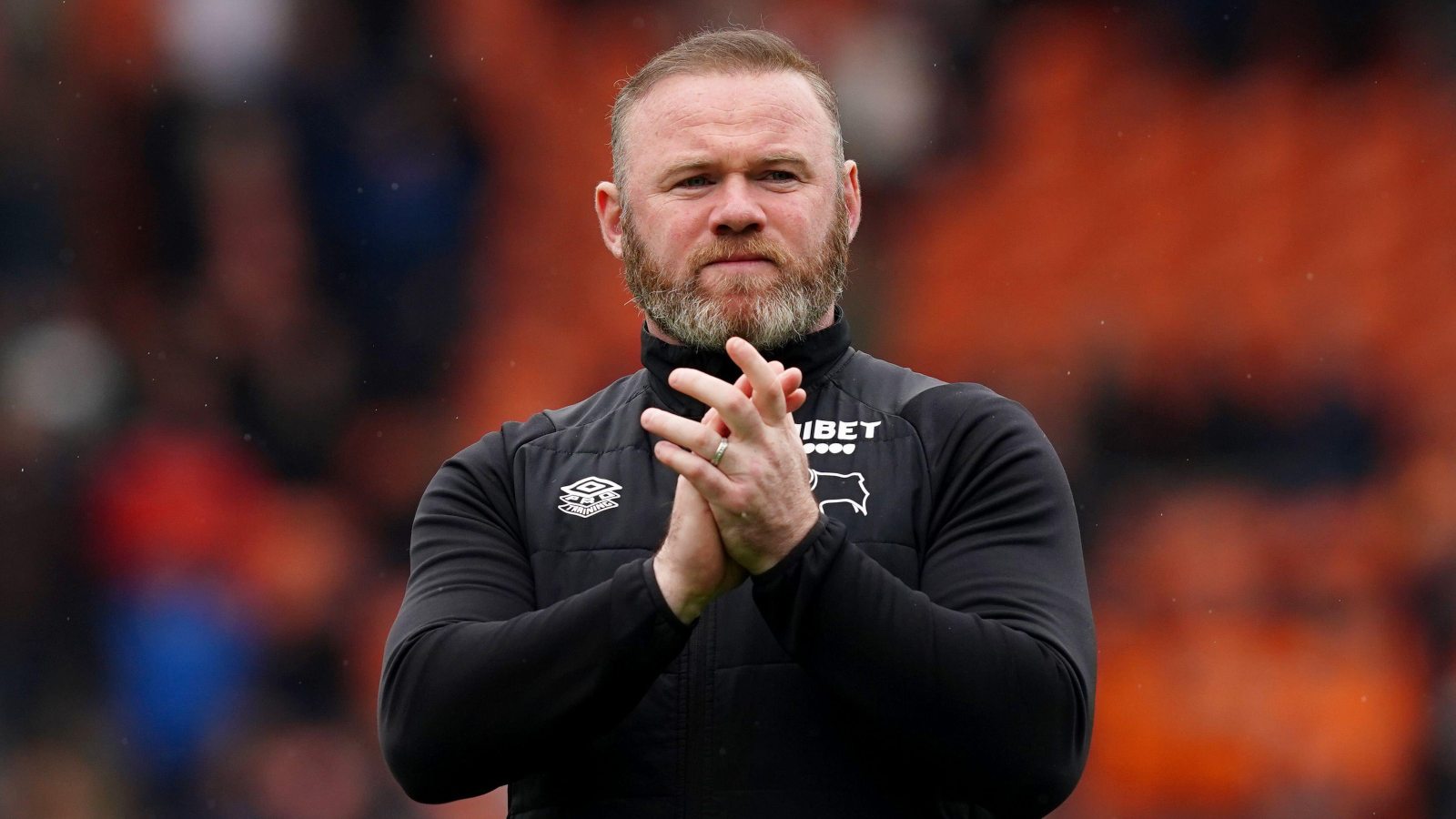 Roo the day
Stan Collymore is agog at Wayne Rooney taking the DC United job in his Daily Mirror column. Admittedly, it is a slightly odd decision but we’re not sure it’s so odd that various other managers – some of whom are doing rather well – should just stand aside.

‘If not Derby, then I’d have loved to have seen him at a Sheffield Wednesday, Sheffield United or Sunderland instead.’

They have all got managers, Stan.

‘I mean no disrespect to the managers at those clubs when I say that, just that a job at that kind of level would have been much more suited to a man who has made no secret of the fact he’d like to manage Manchester United one day.’

Perhaps Rooney likes it in Washington. And he is only 36. Should Rooney ever manage Manchester United – and frankly that seems far-fetched – then it’s unlikely to happen in the next ten years.

‘There will be nothing at DC, no learning, that really takes him on, certainly not in the way that being at a top-10 Championship club would have done.’

Mediawatch suspects that Collymore knows very little about DC. To be fair, neither does Mediawatch, but we’re not about to blithely say that ‘there will be nothing at DC’. What we do know is that there will be £1m a year at DC, which sounds like rather more than ‘nothing’ and likely more than he would earn in the Championship.

Oh and there are currently two Premier League managers who coached in the MLS so the idea that there will be ‘no learning’ is absurd.

‘I know some people will say going to New York did Patrick Vieira no harm but he’d been through the City system and he had to go to Nice before getting a chance back in England.’

Yes. Imagine ‘having to go to Nice’ and manage a club established in the top half of Ligue Un; that’s not a fate anybody wants.

‘And there’s no obvious path from DC to Brighton, Crystal Palace, or even a Burnley for Rooney, and certainly not to a United or Everton.’

No obvious path apart from the one trodden by Vieira and Jesse Marsch which saw them manage in the MLS, then a European top-flight club and then the Premier League?

Oh and odd choice of Brighton there; their manager came through the entirely traditional route of Ostersund. Was there an ‘obvious path’ there?

‘Others will point out that Leicester took Brendan Rodgers from a lesser league because he’d taken Celtic to the brink of the treble Treble but I don’t buy that.’

Nope. Nobody would say that because that would be mental. They might mention Marsch though, who seems to have been forgotten by Collymore throughout this piece.

‘But will a Premier League club take Rooney based on what he has done at Derby and DC?

‘No. The only reason someone would take him would be because he’s Wayne Rooney, yet doing well with a sleeping giant here would have opened even more doors.

‘Burnley is a good example – and Rooney will have fancied it – because if Vincent Kompany does well there then people will take notice.’

Rooney might well have ‘fancied’ Burnley but they appointed Kompany at a time when Rooney was still manager of Derby County, and it looked very much like he would stay with the club if Chris Kirchner completed his takeover. He was not actually available; it was only when that takeover fell through that he became available on June 24.

Since then, the only Championship jobs available have been Birmingham and Huddersfield Town, neither of which would expect to be a top-10 club this season. Frankly, Washington sounds nicer than either. And it certainly sounds nicer than League One.

It’s just unfortunate for Rooney that the managers of Sheffield United and Sunderland did not want to step aside to allow Rooney to take a step towards managing Manchester United. Selfish b***ards.

Pedigree chum
Over at talkSPORT, the great minds of Jim White, Danny Murphy and Simon Jordan were discussing the same move from Rooney.

“How seriously can we take the MLS…for somebody of his pedigree?” asked White, perhaps forgetting that Rooney’s managerial ‘pedigree’ actually consists of 18 months in the Championship that ultimately ended in relegation.

Being Frank
In the Daily Mail, Craig Hope goes further and describes Rooney’s decision to take over MLS club DC United as ‘unfathomable’.

‘It is not so much that he is at the start of his managerial career, more that his stock is high enough to do better than the cosy surrounds of what others consider a semi-retirement home.’

Is it though? Where’s the evidence that Rooney was offered and turned down a whole raft of better jobs?

Hope says the move to DC United is ‘underwhelming’.

‘The next post to become available at the top end of the Championship, or even bottom half of the Premier League, would have seen Rooney installed as one of the early favourites. Frank Lampard went from Derby to Chelsea, remember.’

So much to unpick here. Rooney might well have been ‘installed as one of the early favourites’ if managers were sacked at Fulham, Bournemouth or West Brom, for example, but does that mean he would get the job? Being one of the favourites means nothing if nobody appoints you. Just ask Alan Curbishley. And he had more than 18 months’ experience in management.

As for Lampard. That was a mistake, remember. And Lampard got the Chelsea gig because he was a Chelsea legend. That will not happen to Rooney at Manchester United; even they won’t make that monumental mistake twice.

‘Rooney just had to wait, enjoy a break, go and watch Bayern Munich train and his status as one of this country’s most promising managers would have heightened.’

We’re really not sure that watching Bayern Munich train would earn Rooney a job better than DC United, which – last time we looked – is actually a top-flight job.

‘So, what is his motivation to return to Washington D.C., where he spent two years as a player before signing for Derby in 2020? Is it lifestyle? Financial?’

Maybe both. But why isn’t that okay? Managers in the Championship typically last less than a season and maybe Rooney wants a job for the next two years rather than two months.

‘MLS remains largely insignificant on these shores. There is no interest in who wins titles. It is a place where aged stars enjoy a new experience before they retire. Rooney has already ticked that box. He had just ticked another thanks to his impressive work at Derby.

‘Sadly, this latest move feels like a cross against his name.’

The good news for Rooney is that if the MLS is ‘largely insignificant’, he can return in two years with his reputation untouched. By which time – lest we forget – he will only be 38.