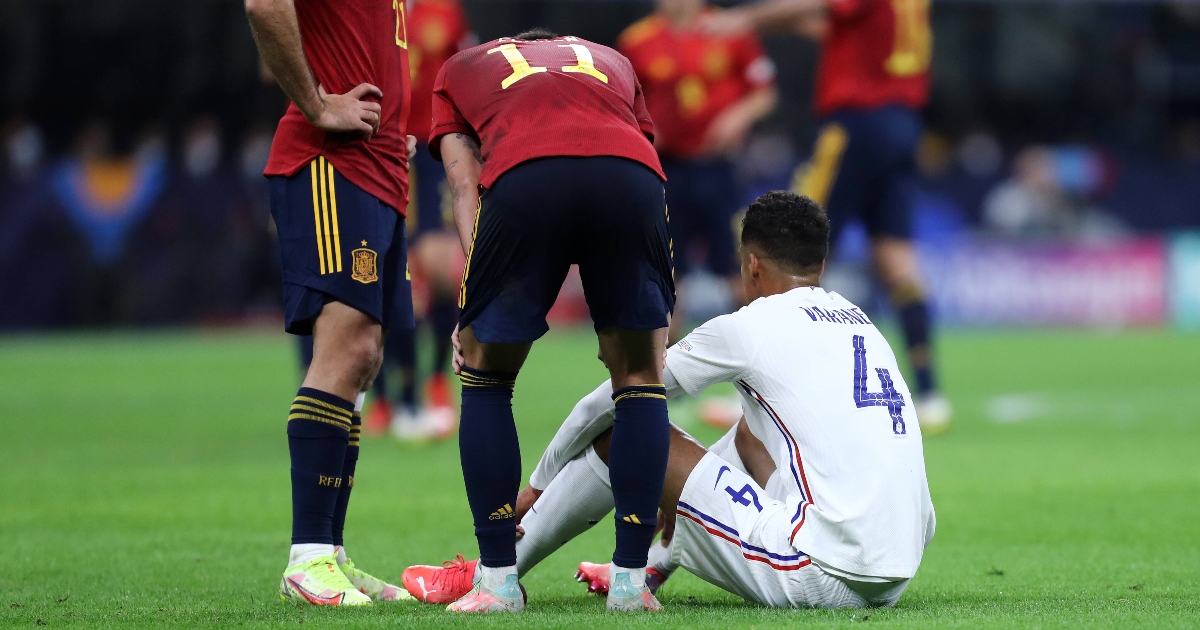 Manchester United defender Raphael Varane will be “out for a few weeks” after suffering an injury during the international break, his club have confirmed.

The 28-year-old picked up a groin issue during France’s Nations League final victory over Spain on Sunday evening.

“Raphael Varane sustained a groin muscle injury in the UEFA Nations League final and has commenced rehabilitation at the club,” said a United statement.

Varane joined the Red Devils from Real Madrid in the summer transfer window for a fee believed to be around £34million.

He has quickly established himself in the heart of defence alongside club captain and England international Harry Maguire.

However, manager Ole Gunnar Solskjaer will now be without his two first-choice central defenders as Varane joins Maguire – who has a calf issue – on the injury table.

His remaining options are Victor Lindelof and either Eric Bailly, whose one appearance this season came in the Carabao Cup defeat to West Ham last month, or Phil Jones, who has not played since January 2020 due to a knee injury but was in the squad for the Hammers game.

Solskjaer could also utilise midfielder Scott McTominay at centre-back, a role he has performed for Scotland, or opt to switch to a back three and move Luke Shaw into a more central position.

Elsewhere, Lorenzo Insigne may not get what he wants from a new Napoli contract and rumours of a dispute has reportedly ‘aroused the interest’ of United.