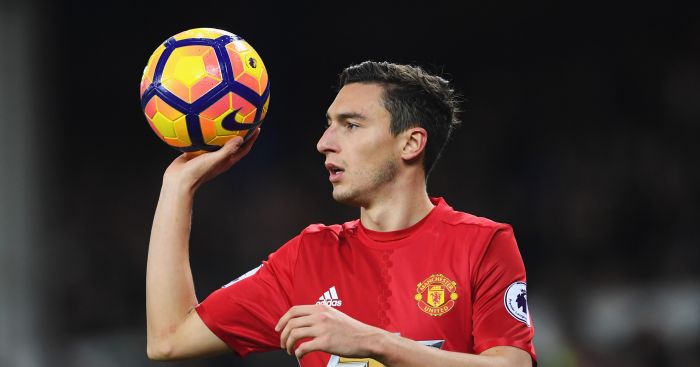 Matteo Darmian has declared himself “happy” at Manchester United and insists he is keen to stay at Old Trafford, despite being linked with a move away.

The Italian has started the last six Premier League games for United having been overlooked by Jose Mourinho for the opening nine league matches.

Darmian’s exile had led to suggestions he would be shown the door in January but the 27-year-old insists he wants to stay at Old Trafford and pin down his place in Mourinho’s XI.

He said: “I play for one of the biggest clubs in the world so I’m happy. I listen and read about the transfer but I don’t know anything. At the moment, nothing is true. I will continue to do my job and want to stay here.

Upon being asked whether he had considered a loan exit while he was on the sidelines, Darmian replied: “At the beginning it was too early to think about that. That’s it.

“I will continue to do my job and want to stay here.

“The manager has to take a decision. Sometimes I’m out of the squad – definitely at the beginning – but I work hard to take my chance when the manager gave it to me.

“Now I’m playing and of course I’m happy. I try to do my best every game and try to be at my best during every training session. That’s my aim. The most important thing is helping the team win.”

Darmian could be shifted across from left-back to the right side of the defence at Crystal Palace on Wednesday night to cover for the suspended Antonio Valencia. The versatile Italian has no concerns about a change of role.

“I’m a natural right-back but playing on the left is not a big problem,” he said. “I’ve been at left-back the last few matches and I feel comfortable in that position.”