Home Stoke City News United ‘not the club they were’, says Odemwingie 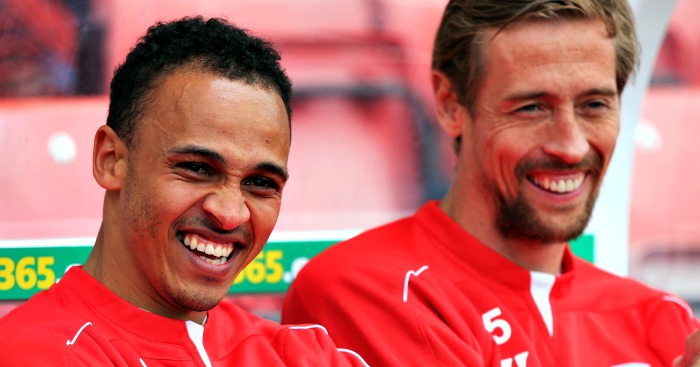 Peter Odemwingie believes that Manchester United “are not the club they were”. Cheers for that, Pete.

Currently fifth in the Premier League table, United are under intense scrutiny this season for a number of insipid performances under manager Louis van Gaal, leaving the clubs hopes of Champions League qualification uncertain.

“They are not the club they were – they don’t have the names and the quality they used to have,” the 34-year-old told the Daily Mail. “They themselves look more shy than usual, they don’t take as much risk as we know them to do, so people take advantage of that and go for it when they play against them now/

“It’s a turning point for a big club like that. They have all the resources, they just need to do the right recruitment probably and go through this difficult stage and get back to the heights they are used to.

“There was a lot more quality there, they had real leaders on the team. Now they’ve lost that. Many teams go through that.

“When you lose a generation of players it’s hard to then get a new set that will produce the same way. I think the process they are going through is rebuilding.

“You still give them the respect, they are still good players, but not in the times when they had the likes of Rio [Ferdinand], Roy Keane, [Cristiano] Ronaldo, [David] Beckham and great finishers like [Ruud] van Nistelrooy, so it’s a bit of a different time for them now.”