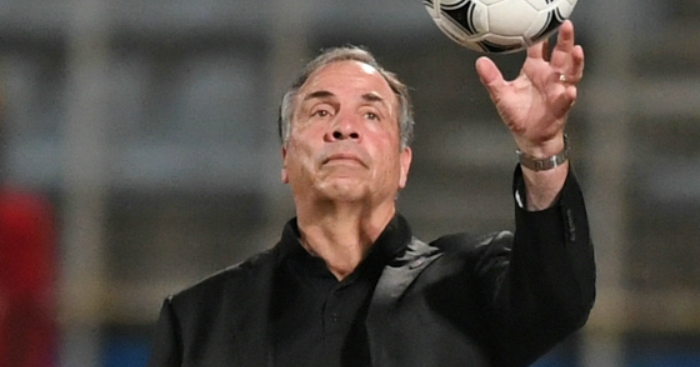 Bruce Arena has quit as coach of the United States after their failure to qualify for the 2018 World Cup.

The Americans were beaten 2-1 by Trinidad and Tobago on Tuesday, with victories for Panama and Honduras edging them out of contention for next summer’s finals in Russia.

Arena said in a statement on the US federation’s official website: “Everyone involved in the programme gave everything they had for the last 11 months and, in the end, we came up short. No excuses. We didn’t get the job done, and I accept responsibility.

“This certainly is a major setback for the senior men’s national team, and questions rightly should be asked about how we can improve. No doubt this process already has started and will continue so that US soccer can progress.”

Arena first coached the national team between 1998 and 2006, with the team’s run to the quarter-finals of the 2002 World Cup arguably the high point of his coaching career.

His second stint began in November last year after the team made a poor start to the final round of qualifying in the CONCACAF section under Jurgen Klinsmann.

They looked well placed to qualify and led Panama and Honduras by two points going into the final match.

Arena spoke before the game against Trinidad about how the six-team final group was “survival of the fittest” and challenged “these hotshot teams from Europe” to try their luck in the section.

Arena added in his resignation statement: “It is the greatest privilege for any coach to manage their country’s national team, and as I leave that role today I am honoured and grateful to have had that opportunity twice in my career.

“When I took the job last November, I knew there was a great challenge ahead, probably more than most people could appreciate.

“Obviously the biggest disappointment is for our fans. As a person involved in the sport for more than 40 years, to see how support for soccer in the United States has grown is incredibly gratifying. I believe I speak for everyone involved in the game in thanking all of you for your passion and commitment, and I hope you maintain your steadfast support of US soccer.

“While this is a difficult time, I maintain a fierce belief that we are heading in the right direction. I believe in the American player and the American coach, and with our combined efforts the future remains bright.

“I don’t know what the future holds for me, but I can say this from the bottom of my heart: from the high of reaching the quarter-finals of the 2002 World Cup to the low of a few days ago, I have appreciated every minute of being a part of this programme.”