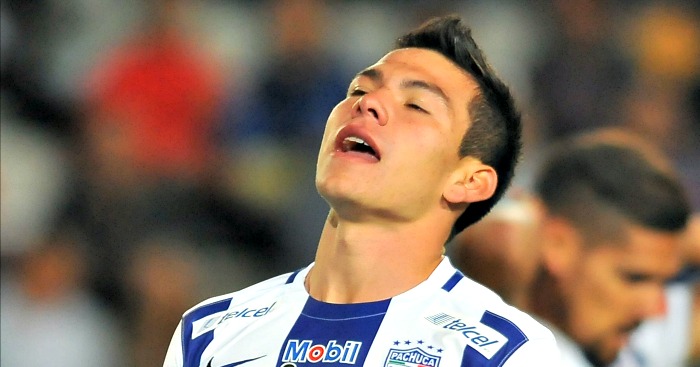 Hirving Lozano says that he is “calm” after being linked with a move to Manchester United.

Pachuca winger Lozano has been the subject of confirmed interest from United, with the club claiming that “there have been approaches” to sign him.

“There have been approaches [from United],” Pachuca vice-president Andres Fassi told Mexican newspaper Record. “There will be time to focus on the future of Hirving Lozano.

“For several years Pachuca has had great relationships with many teams of England, in Portugal, in Spain, in France, in Italy and in Germany.

“[There] are some agreements that allow the player to go to Europe in the future.”

Discussing his future on Tuesday, Lozano inferred that he would prefer to concentrate on the Copa America Centenario campaign with Mexico this summer.

“I think I’m calm. I have not been told anything,” he said on Tuesday. “I don’t know about it and I must concentrate on the national team, finish the tournament and then see what happens.

“The truth is I cannot say.

“First, I want to focus on this tournament, give my best and after talking to my club, we’ll see what the chances are.”