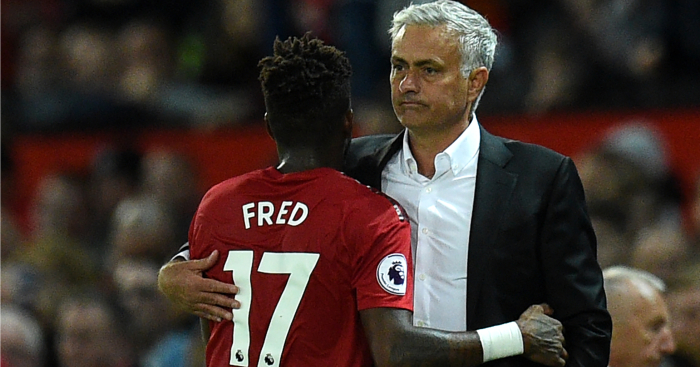 Poor old Fred still thinks Manchester United can win the league – but that they will need to beat Tottenham Hotspur to prove it.

Spurs visit Old Trafford on Monday evening, by which time United could already have six points to make up on the top of the table having played just twice.

Jose Mourinho’s side have looked altogether too timid so far this season, but Fred believes the Spurs game represents a great chance to show they’re no pushovers.

The £52m man told Sky Sports: “We know Tottenham are a great team but we need to get the win if we are to aspire to win the league.

“The Premier League is a great league and there are a lot of great teams and Brighton were better than Man United.

“They got early goals which we didn’t manage to achieve, we improved, but unfortunately this wasn’t enough for a win or a draw.

“Going into the next game we want to be focused and we want to win so we can stay in the race for the title.”

Fred also shockingly expressed his delight to be working with the man who splashed out a whole bunch of money to bring him to the club.

“I’m really happy to be working with Jose Mourinho. He’s a great person and he’s always keen to communicate with the squad and help people to be communicative regarding what they’re to do on the pitch,” said Fred, accurately describing the bare essentials required of a football manager.