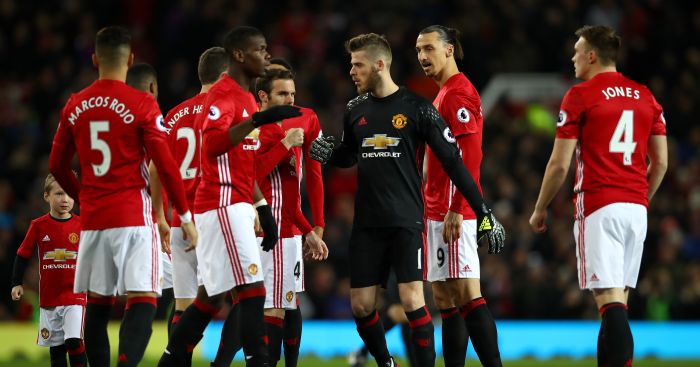 Rui Faria thinks Manchester United are “playing well” and that the squad “believe the results will appear” after they drew 1-1 against West Ham on Sunday.

Diafra Sakho gave the Hammers the lead just two minutes in before Zlatan Ibrahimovic pegged them back later in the half, but United failed to convert numerous chances into a match-winning goal.

United’s assistant manager Faria, who was on media duty after Jose Mourinho was sent to the stands, reckons his side will start to claim results if they continue to create chances.

“We did more than enough to win the game in a comfortable way,” Faria said after the match.

1980 – Man Utd have drawn four consecutive league games at Old Trafford for the first time since December 1980 (a run of five). Sketchy.

“We didn’t and the reality is that we are playing well. The team is doing what we ask. We create the opportunities but we are not scoring the goals and we are suffering because we want to win the matches.

“The answers are on the pitch. We create good chances and as a team we played very well. What we didn’t get was the goals that should happen with the opportunities we create to win the match.

“We can say we are unlucky and in the last matches we should get different results.

“We all believe the results will appear. ”

Mourinho was sent to the stands by referee Jon Moss after he reacted to a yellow card for Paul Pogba by kicking a drinks bottle up the touchline.

“The referee explained it to Jose and there is nothing more to say,” Faria added. “I think there was frustration from Jose after the yellow card for Pogba. It should be a foul for us but the referee understood it in another way.

“I don’t take over. I follow the normal procedure. The boss is Jose all the time and he passes on what is the best for the team and we just try to make it happen without having him there.”