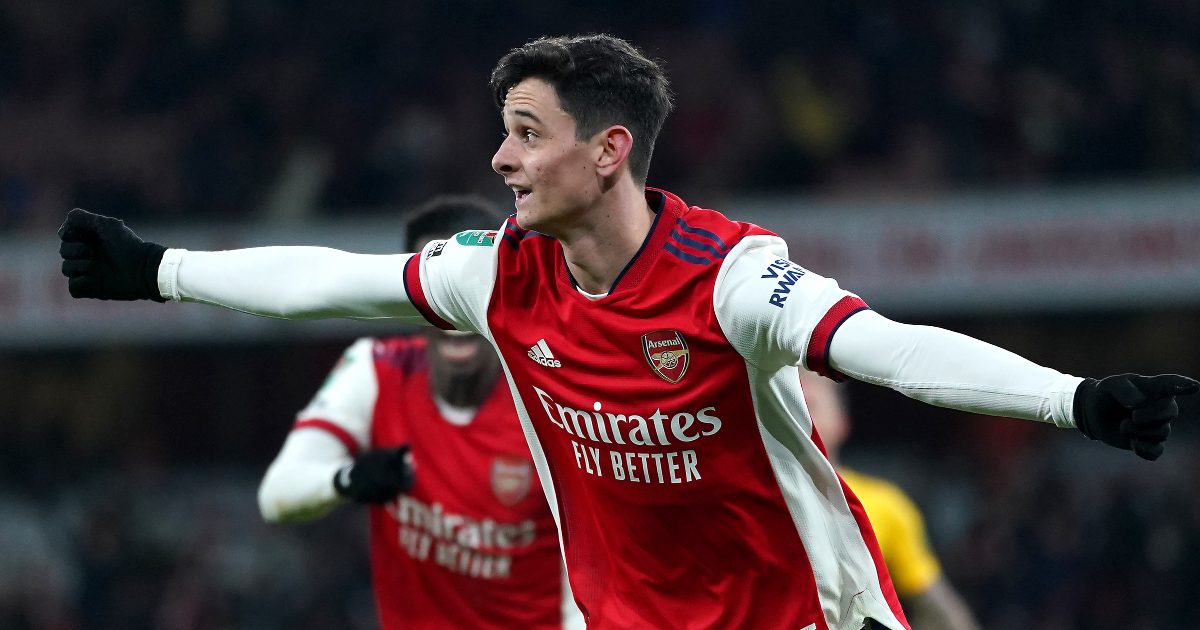 Danny Mills believes there may be “unnecessary pressure” on Arsenal youngster Charlie Patino after he made his senior debut on Tuesday night.

The 18-year-old is highly rated at Arsenal and he has featured for their U23 side this season in Premier League 2.

The Gunners faced Sunderland in the quarter-finals of the Carabao Cup on Tuesday night.

The Carabao Cup solution? Play ONLY the kids

Patino was included in the squad and he came on for the last ten minutes. He was able to get on the scoresheet before full time as his side won 5-1.

Arsenal boss Mikel Arteta said post-match that he was “delighted” for Patino:

“He didn’t (disappoint) he is a player who has a lot of personality, I’m delighted for him. He is a kid we like so much. To have his debut like that and score a goal, it’s something special.”

Mills has told talkSPORT that the pressure on Patino should be managed properly:

“A great night for the young man. It is something he will remember forever coming on here with a big crowd in.

“It’s absolutely fantastic, but people are saying he’s the greatest player they’ve ever seen walk through the doors at Arsenal’s academy.

“That’s a lot of pressure. Just maybe manage it.

“Everyone is on him immediately looking for that outstanding performance and it is going to take him time and he’s got to grow into that.

“Sometimes we put all our hopes on players too young, too soon. That’s maybe unnecessary pressure he doesn’t need.

“To get a goal is absolutely superb. It will do his confidence the world of good.

“People will also make comparisons and that type of thing, but he has to make sure he keeps his feet on the ground and work incredibly hard.

“There are a lot of players who break through, look very promising and then peter out very quickly.

“I say to people week in, week out that there are only 250 English players in Premier League squads on a weekend out of the whole population of males available to play that.

“It’s such a small percentage. To make it as one of those players is still very difficult.

“He has a lot of talent but now must work really hard.”