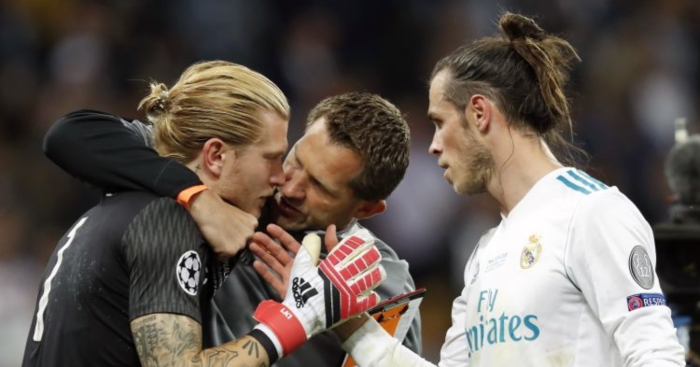 Liverpool goalkeeping coach John Achterberg says that Loris Karius “has to be positive” despite his Champions League final mistakes.

Karius was at fault for two of Real Madrid’s goals in their 3-1 win over Liverpool on Saturday.

The 24-year-old inexplicably rolled the ball onto the boot of Karim Benzema for the first goal, before allowing a long-range Gareth Bale strike to slip through his fingers for the third.

Karius has received support from Achterberg, who is an unpopular figure at Anfield for many fans. Why didn’t he go over to console him sooner?

Many hold Achterberg to account for the club’s goalkeeping predicament over the past few years, with the Dutchman having joined in 2009.

His introduction as a member of the coaching staff coincided with Pepe Reina’s downturn in form, while both Simon Mignolet and Karius have failed to establish themselves despite Achterberg’s guidance.

The Dutchman is much-maligned on Merseyside, but offered Karius his support in the aftermath of Saturday’s game.

“Obviously it is not good what happened. It was unlucky for him it happened in this game,” he said.

“I just tried to pick his head up and show him you have to carry on with it. It is hard to take but that is life in football.

“I went straight to him because you know how it feels and you try to help him and pick him up again.

“He has to be positive, it is hard to take. You have to move on and try to think positively.”

I have zero idea what happens in training, so there’s an extent to which this is an unfair thing to say. Still, since John Achterberg arrived at the club not one of our goalkeepers has been good enough. For me, that’s a genuine concern. #LFC