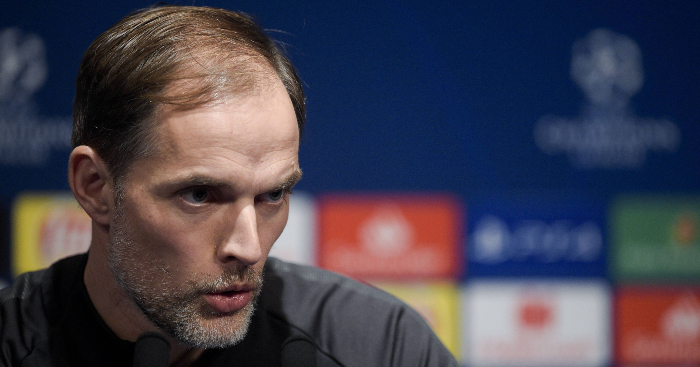 Paris Saint-Germain head coach Thomas Tuchel has said that Neymar did ‘everything in his power’ to leave the club in the summer.

Neymar’s desire to return Barcelona and link up with old team-mates Lionel Messi and Luis Suarez was no secret.

However, the Brazilian has been forced to remain in France for another season after a deal could not be struck.

PSG fans made their feelings towards the forward very clear on his Ligue 1 return booing, whistling and shouting abuse at him as well as holding up offensive signs and banners, before the Brazilian produced a stunning overhead kick to win the game against Strasbourg.

After being booed by his own fans, Neymar scored this stunning overhead kick goal in the 91st minute to win them the game…

That’s one way to silence the haters 😶

Tuchel says Neymar has remained a model professional and insists that he will continue to give everything for the club’s cause this season, but understands the anger of the fans.

“He did not want to be here. He tried everything in his power [to leave the club]. That did not help make him popular,” Tuchel said to DAZN.

“You could feel that, and I can understand if the fans are angry, even permanently.

“Nevertheless, there is also a side between me as a coach and him as a player. There was never a break or a discrepancy. That’s why it was very easy for me to let him play. He has always trained professionally. I feel that the decision was a relief to him, even though it was against his wishes.

“Then, one is automatically focused on the task. As an athlete there is not much else you can think about. You have to give your all. He is hungry and a competitive guy who always wants to win.

“He has to withstand it [the boos and whistles from the fans] now, that’s the reality. He has to go through it, and we all have to go through it in the home games. The best thing is to come to terms with it.”