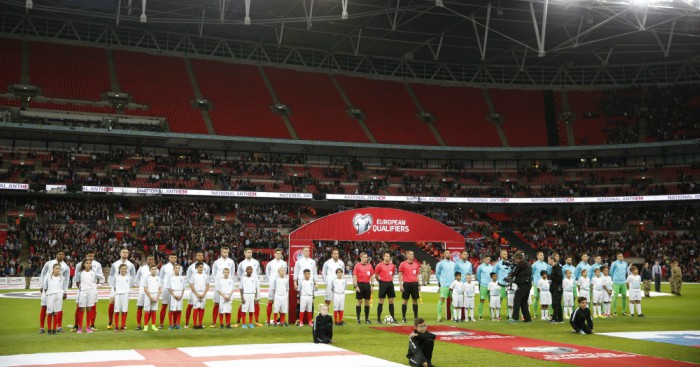 The Football Association should give England tickets to under-privileged school children after thousands of seats were left empty at Wembley last night, the shadow minister of sport has said.

Tooting MP Dr Rosena Allin-Khan believes the governing body wasted an opportunity to give back to the community as England qualified for next summer’s World Cup finals in Russia.

Gareth Southgate’s side beat Slovenia 1-0 thanks to a stoppage-time winner from captain Harry Kane, but the view of empty seats was noticeable during the match, with 61,598 fans watching in the 90,000-capacity stadium.

Allin-Khan told Press Association Sport: “There are children living in the most deprived estates in London who can see Wembley from their bedroom window.

“They’re aspiring to be the next Harry Kane but can’t afford to watch him even though the stadium’s half full.

“This can’t happen again. The FA knew they wouldn’t reach capacity – these unsold tickets should be given to our schools.

“In future, at the very least, the FA could give away a row of tickets to one school in every London borough.”