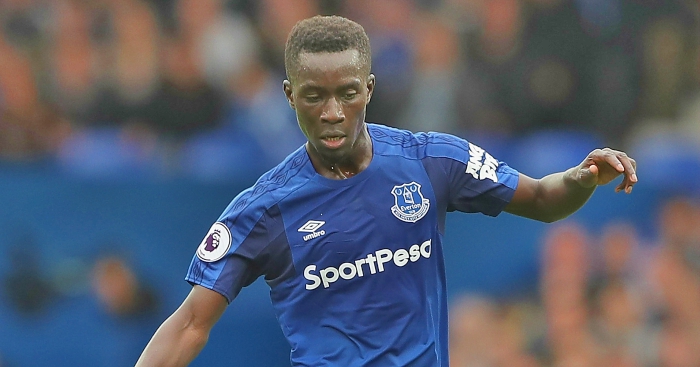 Caretaker manager David Unsworth has no idea how long he will remain in charge at Everton but is confident a long-term deal for key midfielder Idrissa Gueye is on the way.

Unsworth is preparing the side to take on Leicester on Sunday, his second match since taking over in the aftermath of Ronald Koeman’s sacking.

His first, a midweek Carabao Cup assignment at Chelsea, ended in a tight 2-1 defeat and, despite daily conversation with the club’s hierarchy, the 44-year-old does not know what the future holds.

A variety of rival bosses continue to be linked with the job, headed by Burnley’s Sean Dyche, but Unsworth’s audition process is currently open-ended.

“It’s no different at all,” he said of his position.

“I’ve spoken to the chairman (Bill Kenwright) two or three times every day, I spoke to Farhad (Moshiri, owner) last night and had a good chat.

“There’s no secrets, no hidden agendas. I’m clear what my role is day to day until someone tells me otherwise.”

Unsworth, the former under-23 coach, was more forthcoming about Gueye’s prospects of an extended stay at Goodison Park.

The Senegalese midfielder has become a key figure at the club since arriving from Aston Villa at the start of last season and is set to be rewarded with an extended and improved contract.

“I believe we’re very close which is fantastic news for Everton,” he said.

“I don’t believe it’s signed and sealed yet we’re very close. It’s fantastic news for Idrissa, for me and for everyone at Everton because he’s a top, top player.

“To tie him down, hopefully for a numbers of years, is fantastic. He’s a great guy, a humble guy and he’s going to be a top Everton player.”

The Foxes have just appointed a new manager of their own, favouring former Southampton boss Claude Puel ahead of their own internal candidate Michael Appleton.

Victory at the weekend could, therefore, form a key part of Unsworth’s pitch.

Three points and escape from the relegation zone and his appeal would only increase; defeat and Moshiri’s preference for a headline-grabbing manager may resurface.

Yet as someone who has spent the majority of his professional career on the blue half of Merseyside, he considers his own prospects of secondary importance.

“This is Everton Football Club, we expect results,” he said.

“This club, our fans, expect results and expect a certain level of performance. We got that the other night and now we’ve got to back it up with a couple of wins quickly – not for me, for the club. The club is the most important thing.”