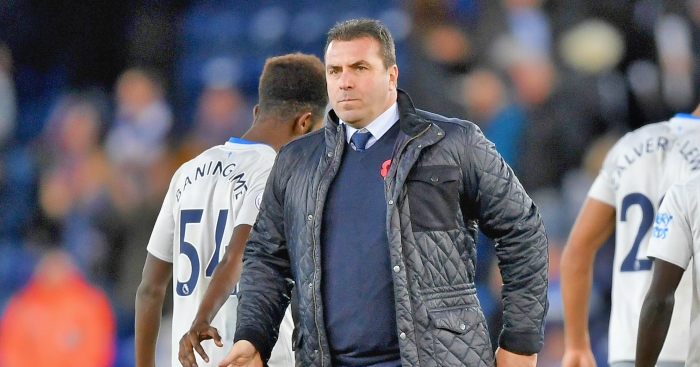 Everton caretaker manager David Unsworth refused to enter a war of words with Joey Barton after the former England midfielder’s criticism over his weight.

Ex-Burnley man Barton hit out at Unsworth following Everton’s 2-0 defeat at Leicester on Sunday, which kept them in the Premier League relegation zone.

Unsworth is in charge after Ronald Koeman was sacked earlier this month and came under fire from Everton fan Barton.

“I was reading a British Army service manual the other day and one of the things it says is ‘you’ve got to be fit to lead your troops into battle’. Now I’m not saying you can’t manage Everton if you’re overweight but it certainly doesn’t look right.

“He’s standing in his suit on the touchline, he doesn’t look like a manager for me.”

“I’ve not seen that. It’s not a problem what Joey Barton says, I couldn’t care less,” he said.