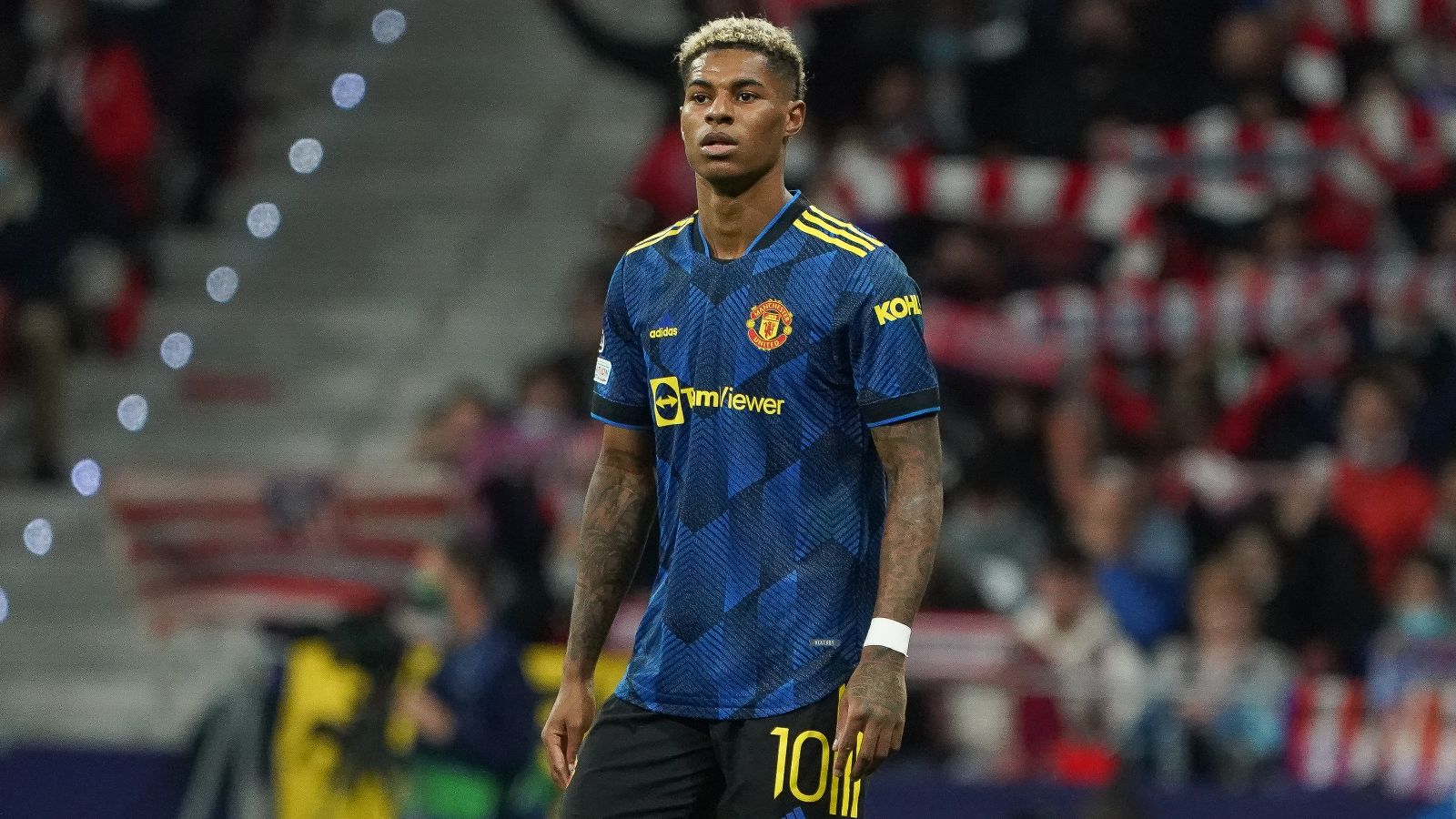 Man Utd attacker Marcus Rashford has responded after footage emerged of him confronting a fan after their loss against Atletico Madrid.

The Englishman’s form has declined this term as he has struggled after recovering from shoulder surgery in October.

Rashford has fallen down the pecking order at Man Utd and he started on the bench for their Champions League round of 16 second leg versus Madrid on Tuesday.

The forward came on for the last 23 minutes. He was unable to make much of an impact as United lost 1-0 on the night and 2-1 on aggregate.

Chris Waddle hit out at Rashford after the defeat, suggesting his performance was “absolutely terrible”.

Rashford had an altercation with fans when leaving Old Trafford following the disappointing loss:

Rashford after the game yesterday

It had been claimed that Rashford raised his middle finger and directed several expletives at the supporter.

Rashford has now taken to Twitter to refute these suggestions:

“A video can paint a thousand words and in this case lead to inaccurate info being shared on social media. Guys for weeks I’ve been heckled, threatened, questioned and last night my emotion got the better of me. I’m a human being.

“Reading and hearing that stuff about yourself every day it wears you down. No one is more critical of my performance than me. But what you see in this video lacks context.

“I had been heckled from the minute I stepped foot outside the ground, abuse not just aimed at my football. People were looking for a reaction from me. Phones were at the ready. Of course, I should have walked straight past and ignored it, that’s what we’re supposed to do right?

“I did not gesture with my middle finger. I’m not entitled. This isn’t ego. I’m upset. I’m disappointed. And in that moment it was silly but I was being a human.”