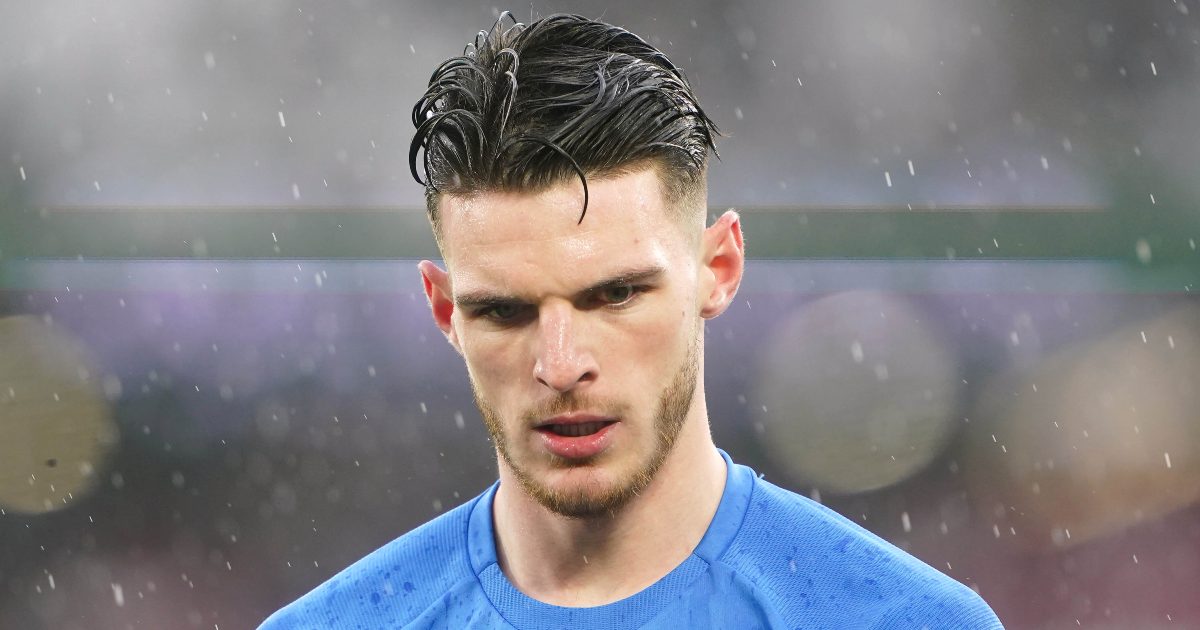 West Ham star Declan Rice has insisted that playing in the Champions League is a “big aim” of his amid reports linking him with Man Utd and Chelsea.

Rice starred as West Ham were in the race for the top four last season. They ended up two points behind fourth-placed Chelsea as they finished sixth.

The Hammers are also enjoying a tremendous campaign this time around. They are fifth in the table currently.

This could soon change though as Arsenal and Tottenham are primed to overtake them with their games in hand.

Rice has been one of the standout players in the Premier League over the past two seasons. He also shone at last summer’s European Championships with England.

It has been reported that Rice is valued at £100m. Chelsea and Man Utd appear to be the teams most interested in signing him.

The midfielder has spoken on his ambitions to play in the Champions League:

“It is as urgent as possible. I feel like, not only for me, that’s for every young player as well,” Rice told ESPN.

“We are really close with West Ham at the minute, and last season it was gutting to lose out on it but we are pushing. Look, we’ll keep going. Champions League is a big aim of mine and hopefully one day I can play in it and do well.

“I feel like I am one of the established top players around the world. I am only 23 so I am still young — that’s what I mean in that sense — but in terms of my playing ability and the way I’ve performed consistently.

“I see myself as an established player now who has got good experience and can play at any level if required.”

“Yeah, massively [be happy with the two signings].