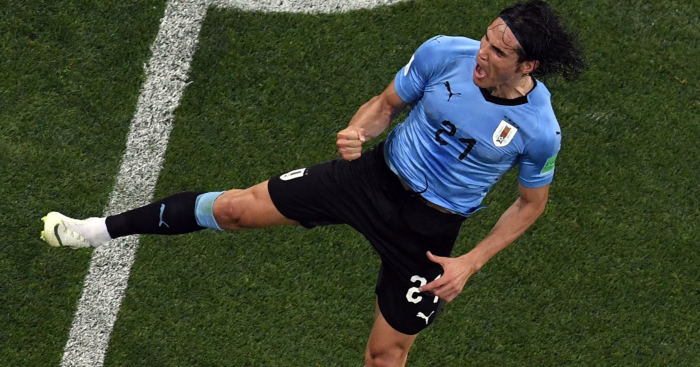 Uruguay manager Oscar Tabarez expressed his concern over Edinson Cavani’s condition after the forward set up a World Cup quarter-final date with France.

Cavani’s double accounted for Portugal as Uruguay won their last-16 clash in Sochi 2-1 on Saturday night.

But the Paris St Germain striker was forced off in the final quarter with a leg injury and could now miss Friday’s quarter-final against France, who reached the last eight earlier in the day by beating Argentina 4-3.

“He was injured and he felt pain,” Tabraez said in his post-match press conference.

“I don’t know right now exactly because I have not spoken to the medical team.

“But in five days we have a match and we don’t have a lot of time for recovery here.

“We will have an analysis and a diagnosis in time, but right now we are only worried of course.

“We don’t know for sure how grave this injury really is.”