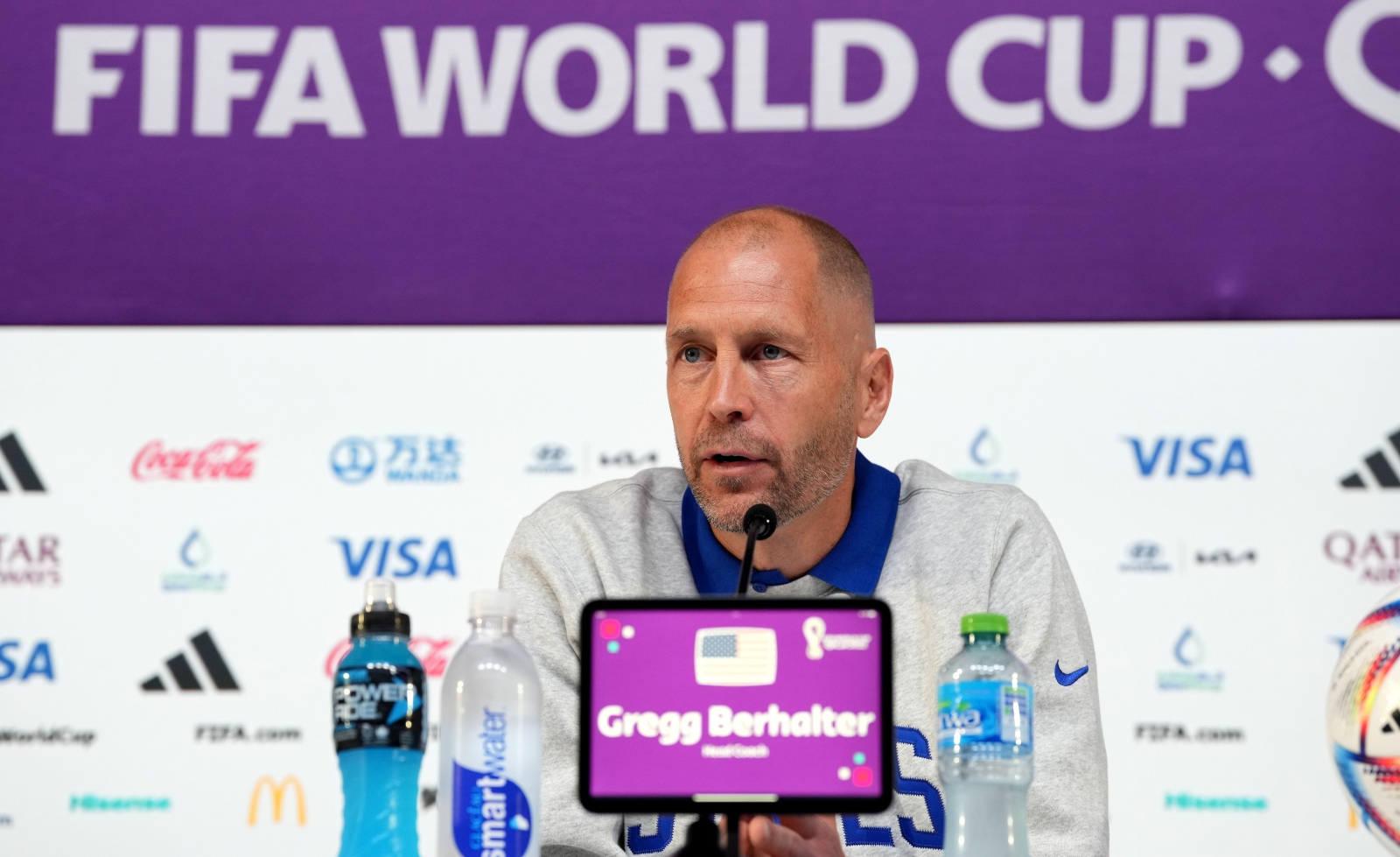 An impressive 6-2 victory against Iran in Monday’s Group B opener means Southgate’s men will seal progress to the last 16 with a match to spare if they beat the US in Al Khor.

The States head into Friday’s Al Bayt Stadium encounter looking to build on their 1-1 draw with Wales but Berhalter is wary of the threat posed by England, who he called a “scary” prospect in the build-up.

The US boss has praised Southgate for making the England shirt “a cape rather than a straitjacket” since taking over at a low ebb in 2016, before leading them to the World Cup semi-finals and last year’s Euros final.

“I think when he first took over it was very similar to the position that I first took over,” said Berhalter, who was appointed in late 2018 as the US rebuilt after failing to reach that year’s World Cup.

“Trying to reshape the identity of the team, refocus, working with a younger group of players, so in that case very similar.

“Just following some of the things over the last months, the pressure in the English media, or in England in general, is tremendous and I think that’s different.

“These guys (in the US media) give me a hard time every once in a while, but I don’t think it’s of the magnitude that Gareth gets it.

“But we all know this is a result-orientated business and we’re all held accountable for results on the field.

“I think he’s done a great job. I’ve been saying for the last year-and-a-half that his record at major tournaments has been outstanding and there’s no denying that – fourth place finish in 2018, second place finish at the Euros.

“He’s done a great job with his team. They got off to a great start and they’re a formidable opponent. It’s going to be a difficult game for us.”

Friday’s competing managers established a relationship four years ago when Berhalter contacted Southgate seeking advice after taking the US post.

They have remained in touch ever since, although the England manager has been harder to reach since April’s World Cup draw pitted them against one another.

“I’ve been WhatsApp-ing him but I haven’t seen the blue checkmark, so I don’t know what’s going on,” Berhalter said with a smile.

“We kind of took a hiatus. We’ll pick up our relationship after tomorrow.”

There will be a strong Premier League contingent in the US side on Friday, with Chelsea’s Christian Pulisic and Arsenal goalkeeper Matt Turner joined by the Fulham duo of Antonee Robinson and Tim Ream.

Leeds’ Brenden Aaronson and Tyler Adams join them in the set-up, with the latter hoping to skipper the side to a famous win on Friday.

“It would mean a lot,” the 23-year-old captain said as the US look to maintain their unbeaten World Cup record against England, which includes a famous 1-0 win in 1950 and 1-1 draw 60 years later.

“I think most importantly it would mean a lot to the team because we’ve been trying to progress this thing along for the past three years.