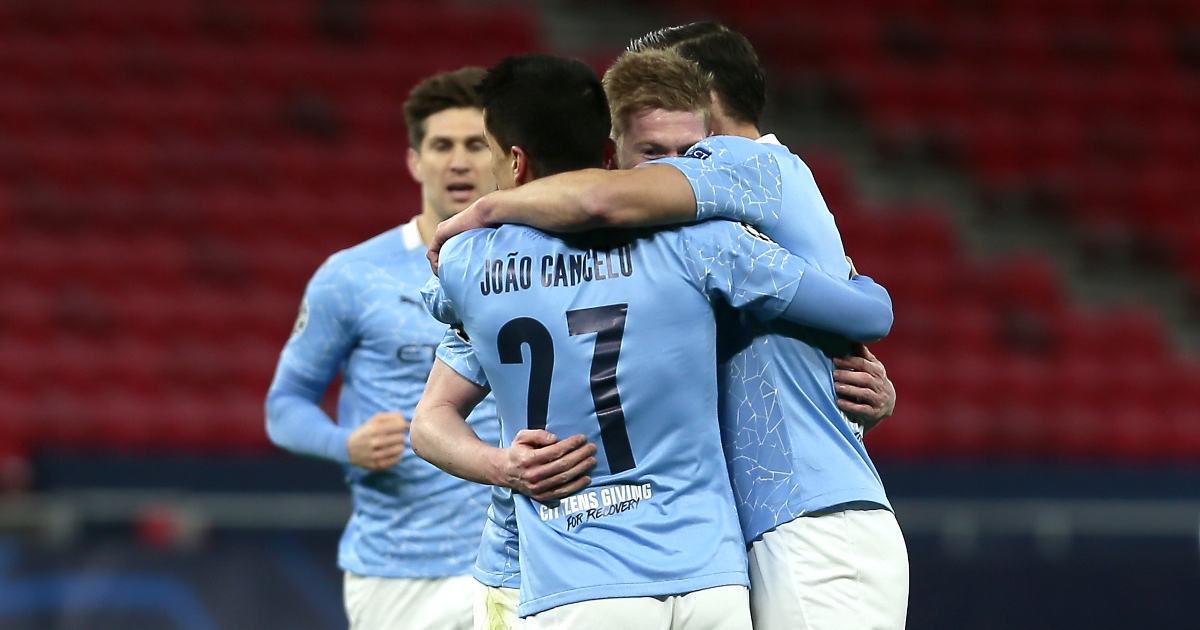 “I am older than Mr Zinchenko, I have more experience and I don’t agree with him,” said Pep Guardiola, scalding the Ukrainian for his giddy talk of a Manchester City quadruple, for saying what was presumably supposed to go unsaid or perhaps just for talking about “hungry eyes” and giving him an earworm. And with that exchange, any hopes Zinchenko held of playing in this latest Champions League cruise (surely raised by his appearance at the press conference) were dashed. Mr Guardiola will tolerate no such talk from Mr Zinchenko or anyone else.

All of which is a little silly, because Manchester City are the favourites to win every one of those four trophies. It’s unlikely but it’s nowhere near impossible that they could win every one of those four trophies. “Four titles is a utopia,” said Guardiola but that kind of talk merely makes him a member of the self-preservation society, guarding against any kind of raised expectation that would make one, two or three titles a disappointment. Utopia comes from the Greek ‘ou-topos’ meaning ‘no place’ or ‘nowhere’, but a quadruple of trophies is not ‘no place’ but just ‘a place nobody has yet been’.

“It never happened before and I think it’s never going to happen,” said Guardiola, but nobody had won the domestic treble before this extraordinary Manchester City. Indeed, Sir Alex Ferguson famously deemed it “impossible”. Zinchenko cited last season’s Bayern and Pep’s 2008/09 Barcelona side as teams who “won everything”; are we really expected to believe that the addition of the Carabao Cup – a competition City habitually win in their sleep – somehow turns the possible into the impossible?

This was not the game to judge City – the Premier League’s runaway leaders were never going to be troubled by Bundesliga mid-tablers – but it did extend their run of Champions League defensive perfection past 11 hours and their goals for this season past 100. They will face sterner tasks but they have rarely looked so prepared for such tests. They have won 23 of their last 24 games and that record is nothing short of astonishing. If Guardiola wants to keep their brilliance a secret, he might want to have a word with his players.

This may not have been the game to judge City but it was certainly the game to enjoy them. Some of the football – against admittedly inferior opposition – was breath-taking. When at their best, their movement cannot be tracked and their potency cannot be stopped. If the first goal featured the individual skill of Kevin De Bruyne, the second showcased the collective poetry of this City side. If they had not recently fluffed their lines against Manchester United, we would be wondering how and even if they can be stopped.