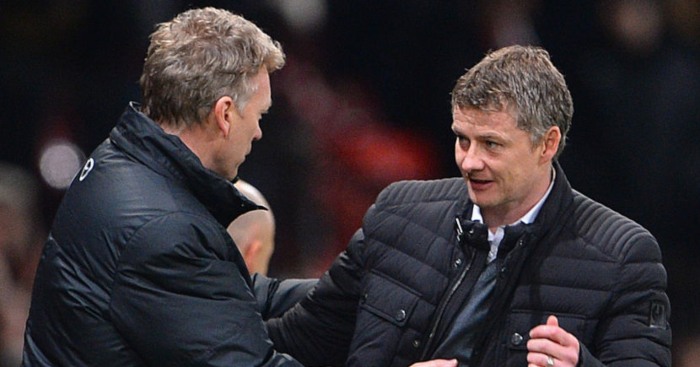 To sack or not to sack, that is the question.

Thirty-five managers have got the old tin-tack this season, but there is also a trend for keeping the old boy on and hoping for the best.

The League Managers Association may as well have ‘he needs more time’ as its motto; if you listen to Chief Executive Richard Bevan, no manager has ever deserved the sack and everyone that has been sacked has been treated harshly – a victim of trigger-happy owners and fan pressure.

This doesn’t wash really. Not least because they get most, if not all, of the money left on their contract paid to them for basically not being good enough. Sweet. Money literally for doing nothing.

So I don’t think anyone else is crying tears for the latest defenestration, whoever he is.

Anyone trying to decide whether a high turnover of managers is good for a club or not can find supportive arguments on either side.

Statistically it doesn’t seem to make anything but a marginal difference in results, though the difference it makes in the short term can be profound, rescuing the club from relegation or condemning it to going down.

The new manager bounce is A Thing but not always. This season the longest-serving manager in the league, Gareth Ainsworth, got Wycombe promoted, while Jurgen Klopp won the title after five years at Liverpool. Sean Dyche had another overperforming season after nearly eight years at Burnley, Chris Wilder has taken the Blades from the third tier in his four-year tenure. Ralph Hassenhutl could easily have been sacked after the 9-0 beating but he’s pulled it around somewhat and things seem much better at St Mary’s now.

Five alternative managers of the year (though it’s clearly Klopp)

So there’s definitely some argument for keeping faithful to your manager for as long as possible.

But then you’ve got Watford who have employed 132 managers in the last year and have managed to stay afloat in the bottom half of the Premier League for five seasons on this short-term managerial basis. And Chelsea have won everything whilst shedding managers like a cat sheds fur.

Should Manchester United have sacked their manager after that terrible run of games? Would they be higher now if they had or have they done as well as could be expected under Ole Gunnar Solskjaer? The truth is, no-one has a clue.

Go to any club and you’ll find fans certain their man is rubbish who call for them to be sacked at the first run of bad results. They seem stuck in a loop, unable to recall that the last time they wanted the manager sacked, it was this useless turd that turned up.

Round and round it goes. Because a club can’t just sack off all the players, they simply change the manager, often just to look like they’re doing something.

Assessing how well a manager is or isn’t doing is not far short of impossible. How does anyone know how well a team should be playing or how high it should be in the league? There is no ‘should’ and there are no definitive standards not being met by a team. All that remains is assumption, belief and conjecture.

So many cliches are thrown at managers. “He’s taken us as far as he can”, “he’s tactically naive” and “he’s lost the dressing room” are all used, all the time, to try and explain the unexplainable, to define the undefinable and to prove an abstract opinion is correct.

But even so, we all feel we know when a manager isn’t good enough. None of us know if, say, West Ham United would be higher in the table under a manager we perceive to be better than David Moyes, but it feels like it is absolutely true, even though it isn’t possible to know.

We tend to judge the manager by his mistakes first and foremost. Take Moyes again. He often makes negative substitutions to hold on to what they’ve got, be it a draw or win. When this doesn’t work, fans get really sodding annoyed but when it does, there isn’t a parallel amount of praise.

So who would be a manager? The pressures and stresses must be multiple and constant, but at least they won’t last very long, with about 18 months being an average tenure and there’s always the thought of that sweet, sweet pay-off at the end of it. Make no mistake, I bet some can’t wait to get sacked and within a few days, another one or two will be.