Home All The News Valbuena: Benzema role in sex tape is ‘weird’ 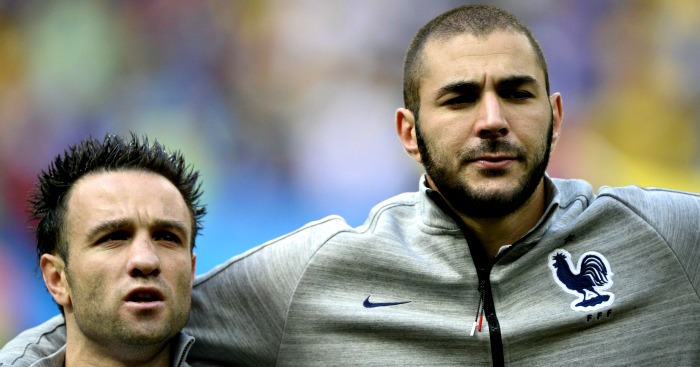 Mathieu Valbuena has branded Karim Benzema’s role in his sex tape controversy as “weird” in his first interview since the story broke.

Reports emerged last month that Valbuena was the subject of blackmail over an alleged sex tape, with France team-mate Benzema eventually discovered as an intermediary between the midfielder and an unnamed party.

Benzema has been charged by police for his involvement in the case and, talking to French newspaper Le Monde, Valbuena admits the striker’s role is “weird”.

Valbuena claims Benzema contacted him and urged him to meet the unnamed blackmailers.

“Deep down, I tell myself that it’s still weird that he (Benzema) wanted me to meet that person and insisted on it,” Valbuena said. “I’m disappointed, and found that the relationship with Karim is not as sincere as he could pretend it is.

“Obviously I’m disappointed, more than disappointed,” the Lyon midfielder added. “[His words] showed a lack of respect. I thought the world of him before, but now I feel he’s taken me for a fool.

“I can’t defend the indefensible. I wouldn’t do that, not even to my worst enemy.

“He was not aggressive in his manner of talking, he did not talk about money concretely, directly. But when someone insists that I meet someone…

“I have never met anyone who is going to destroy a video for free just because they love me. You shouldn’t treat people like idiots.

Valbuena insisted the affair does not mean he would never play with France colleague Benzema again.

“Benzema is a work colleague. We’re not best friends but there is no animosity b/w us, no problem. He’s a teammate. So I can play with Benzema again. But, he wouldn’t be my best friend, that is for sure.”