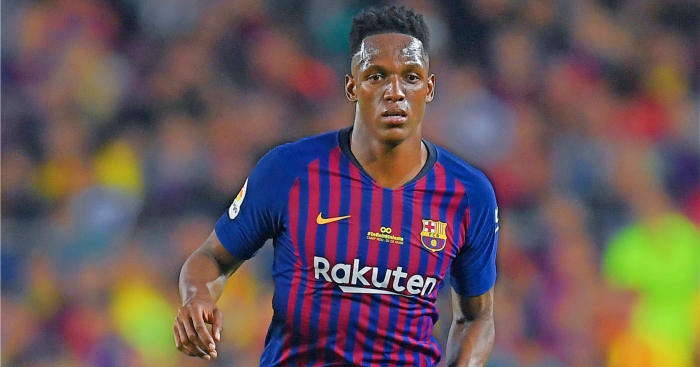 The centre-half is in demand after an impressive showing for Colombia at the World Cup.

Mina only moved to Barca in January but the 23-year-old has failed to establish himself at the Nou Camp, with Everton among the clubs keen to give the £20million-plus rated defender an opportunity.

Galatasaray have also registered their interest and Valderrama reckons Mona would be wise to chose Turkey over Merseyside.

The Colombian legend told Radio Caracol: “The Premier League is attractive but for me the Champions League is the most prestigious.

“I don’t think Yerry should join a mid-table team like Everton.

“Fatih Terim has a great record of developing players. If it were me, I would pick Galatasaray.”