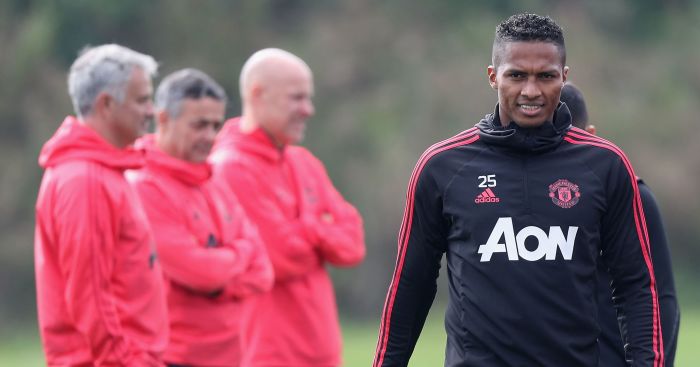 Antonio Valencia has revealed why he liked a social media post that urged Manchester United to sack manager Jose Mourinho.

It has been testing times at United with Paul Pogba and Mourinho’s relationship souring, while the club sit on ten points after seven matches in the Premier League.

And the Ecuadorian full-back made matters worse last night when he liked an Instagram post about Mourinho being sacked following United’s 0-0 Champions League draw with La Liga outfit Valencia.

An Instagram account dedicated to Valencia, wrote: “I’m not even surprised about the outcome of this game.

“I always look forward to our games but recently Mourinho has made watching us a punishment now. Something needs to change.

“It’s time for Mourinho to go.”

However, United defender Valencia claims that he only saw the picture and not the caption underneath and issued an apology.

“Yesterday, I liked a post on Instagram without reading the text that accompanied the picture,” Valencia said.

“These are not my views and I apologise for this.

“I am fully supportive of the manager and my teammates.

“We are all giving our everything to improve the results.”