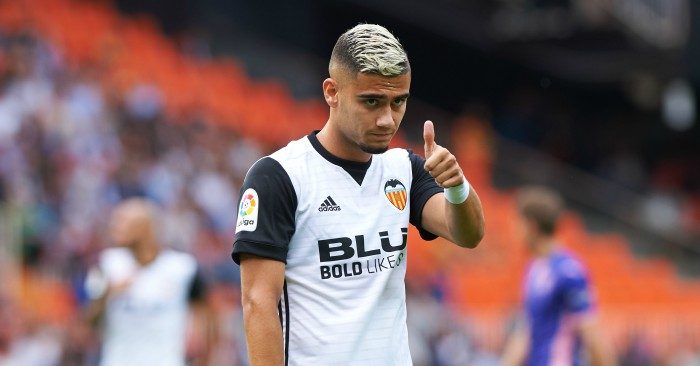 Valencia are confident that Andreas Pereira will remain at the club until at least next summer, despite Manchester United having a recall option on the player.

Jose Mourinho previously stated United “have the situation under control” and that they can bring the player back to Old Trafford in the New Year on one condition.

That condition has not been revealed, but Valencia general director Mateu Alemany has claimed he expects Pereira to remain at the club until at least next summer.

Alemany said in a news conference: “His future depends on Manchester United. They have a deadline in early January which is in the hands of United and the player. We need to be prepared if this situation arises but I have no news that in January he could return there. We are very happy with him.”

Pereira joined Valencia on a one-year loan deal in the summer in search of playing time and has made 13 La Liga appearances, seven as a starter.

Mourinho was hoping to keep the player, but the youngster opted to go for more game time in Spain.

Earlier this season Mourinho told United’s official website: “Andreas is already a very good footballer. He is a young player with great natural ability and a good attitude towards continuing his development. I have no doubt that he has the potential to be one of the future great players of this club.”

There have been suggestions that injuries to Paul Pogba and Michael Carrick and the poor form of Henrik Mkhitarayan had put Pereira back in the frame for a return to United in the New Year.

That appears to be wide of the mark though and maybe the condition in the loan contract has not been met.

Alemani told Las Provincias in September: “Of course Manchester United have an option to get the player back. They can sign the player on one condition but I am not going to say what kind of condition this is.

“It’s confidential and it’s something that I am not going to reveal.”

Belgium-born Pereira has been at Old Trafford since the age of 16 and made 13 appearances for the first team, but he fully intends to see out the season in Spain.

He told Marca earlier this season: “It was difficult because they wanted me to stay in Manchester, but for me individually and for the options to play it was better to be here.

“I want to be here and help the team all year, but I do not know what United wants in the future. I want to contribute the best and do the best all year at Valencia.”